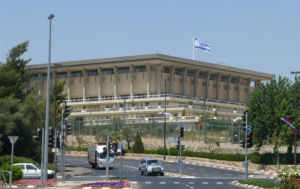 This latest resolution, submitted by Arab countries on behalf of the Palestinian Authority, a member of UNESCO, rejects all Israeli sovereignty over entire city of Jerusalem including what was the capital before East Jerusalem was reunited.

The United Nations cultural organization UNESCO, a body with a robust anti-Israel track record, is set to vote on a resolution challenging Israeli sovereignty over the entire city of Jerusalem. The vote is ironically scheduled for May 1, the eve of Israel’s Independence Day.

The draft resolution, submitted to the United Nations Educational, Scientific and Cultural Organization by Arab nations on behalf of the Palestinians, states that “any action taken by Israel, the occupying power, to impose its laws, jurisdiction, and administration on the city of Jerusalem, are illegal and therefore null and void and have no validity whatsoever.”

The draft, authored and submitted by Algeria, Lebanon, Morocco, Egypt, Oman, Qatar and Sudan, also seeks to acknowledge previous resolutions against Israel on the matter of Jerusalem. Article 6 of the draft calls for recognition of all 18 previously adopted resolutions, including resolutions denying any Jewish link to the Temple Mount and Western Wall in Jerusalem, the Cave of the Patriarchs in Hebron and Rachel’s Tomb in Bethlehem.

Israel’s Ambassador to UNESCO Carmel Shama Hacohen is currently working to block the vote and challenge the coalition that the Palestinians have recruited to vote in favor of the resolution.

An official in Jerusalem remarked Wednesday that “UNESCO’s executive board refuses to stop the politicization that has been undermining the organization’s status.”

“Going against the recommendation of UNESCO’s director and various leaders’ promises and declarations over the last year, the organization is reverting to its habit of adopting anti-Israeli political resolutions that question every action taken by Israel in Jerusalem. They are adopting past resolutions that deny Jewish ties to the city, and recycling political condemnations against Israel on Gaza. Israel expects the member states to vote against this absurd resolution,” the official said.