Israel Chemicals (ICL) was given a special authorization Sunday to have one of its European subsidiaries sell water purification tablets to UNICEF with the knowledge that they will be used in the agency’s relief mission in Syria. 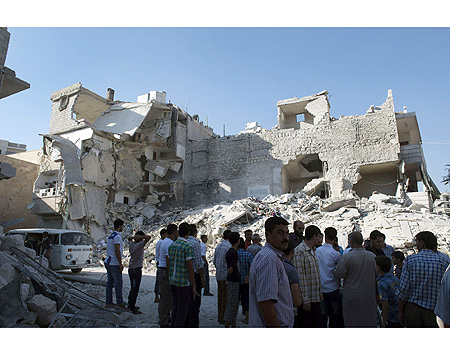 UNICEF is overseeing a project meant to rehabilitate Syria’s water sources, which have suffered significant damage during the 18-months revolt against President Bashar Assad.

The deal will be carried out by ICL’s Ireland-based subsidiary, Medentech. The company needed government approval for the deal since it involved the delivery of Israeli products to an enemy state.

According to details obtained by Ynet, UNICEF expressed interest in the company’s “AquaTabs” water purification product following the growing shortage of drinking water in war-torn Syria.

Finance Minister Yuval Steinitz was therefore called on to authorize the deal, due to the innate political sensitivities.

He did so citing humanitarian grounds; as well as the fact that the product will not be sold directly to Syria, but rather to the UN agency.