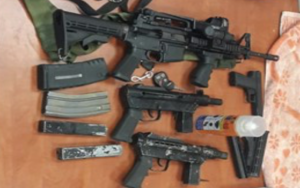 The Arabs who found the knapsack notified PA security forces, and turned it over to them.

The report said that the PA security forces contacted the District Coordination and Liaison Authority in the Hevron area, which led to the bag being returned to Israeli security forces.

It is not yet clear how the bag and its contents was lost.