UNRWA teaches Palestinian children how “to be killed and kill Jews” 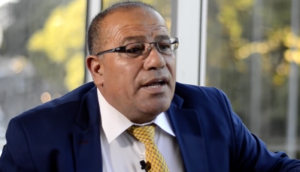 In Jerusalem, Mayor Nir Barkat presented a plan to remove all UNRWA operations from the capital and begin providing full municipal services to the residents of Shuafat, where UNRWA operates schools and clinics without Israeli permission.

The Jerusalem move follows a decision by the US to cut aid to UNRWA because it is an organization that perpetuates the refugee problem instead of acting to solve the issue.

Arutz Sheva spoke to Bassam Eid, a human rights activist who has been studying UNRWA’s schools and institutions for years, bringing the paralyzed Palestinian Arab voices that have been struggling for years under UNRWA, Hamas and the Palestinian Authority.

“I support Trump’s decision to stop UNRWA funds,” Bassem Eid said, adding that “65 percent of UNRWA funds go to salaries and the renting of buildings and offices, salaries of $25,000 a month and luxury vehicles. I want to close this organization so that its employees will be unemployed and become refugees themselves.”

Eid also criticized the education provided in UNRWA schools. “I worked in several UNRWA schools in the territories and in Jordan, and children aged 9-10 want to be killed and kill Jews and to release their people. “Who taught you that?” I asked. They said that was what they were learning in schools, and I asked teachers at UNRWA schools in Jordan if children were taught to blow themselves up and be killed. They said “of course. How else will they liberate the land from the Israeli occupation? ” UNRWA is aware of this, and the international community knows that all UNRWA studies are full of hate and incitement. The international community continues to inject funds because it is against Israel.”

As for the solution needed on the day after the US budget cuts from UNRWA’s budget, Eid said that this will indeed be the next American president’s mission to lead a comprehensive process in which Jordan, Syria and Lebanon, the countries where most of the Palestinian Arab refugees are located, “will have to recognize them as citizens, grant them IDs and passports, and to allow normal life to be managed, and to destroy the refugee camps in these countries.”

In the estimation of Eid as a businessman who wants to see a real solution for his people, Trump knows that a grant of two hundred billion dollars to a country like Jordan will lead it to work to destroy the refugee camps and provide a real solution to the needs of the refugees in its territory. “That’s how you solve the problem,” he said, estimating that Trump will make a significant step towards a future peace agreement.

The parents are hostages of UNRWA,” Eid says, referring to the contents of UNRWA educational institutions. “They have no other place to earn a living, so UNRWA continues to hold them as hostages and thus strengthens its power.”

As for himself, is he not afraid for his life and well-being when he expresses firm stands against UNRWA, against Hamas and against the PA? “I feel a lot more confident in the territories than in the United States,” Eid said. “In the United States, I was threatened by Arab and Palestinian thugs in universities that crowded everywhere I went, and what strengthens me is that I know that most Palestinians agree with my views. They cannot open their mouths and say out loud that they support me.”

“If the Western world, which is defending human rights and democracy, will not intervene in what is happening in the PA and Hamas, the Palestinians will never achieve democratic rule,” he said.