Greece, Italy, Israel and the U.S. are holding joint aerial training exercise above Israel with about 100 aircraft.

IDF points out: Joint exercise has nothing to do with Iran

Some 50 fighter jets belonging to Israel, Greece, the US and Italy took off Sunday morning from the Ovda air base, signaling the beginning of the largest military air exercise in Israel’s history.

The Blue Flag exercise is being hosted by Israel will continue until Thursday and will include more than 60 jet fighters among them the Tornado, AMX and F-15. The IAF is also sharing its jets, both as part of the allies’ forces and as the mock-enemy they will target.

The IDF stresses that the exercise’s goal is to examine the group’s general aerial capabilities, not focusing on any specific operational situation; the comments are intended to stress that the exercise is not related to any future possible attack plan on Iran.

The exercise has been in the works for over a year, and in anticipation the IAF conducted two training flights a day during the last six months. According to an IDF source, each one of the participating countries is paying for the costs of its respective share in the exercise. 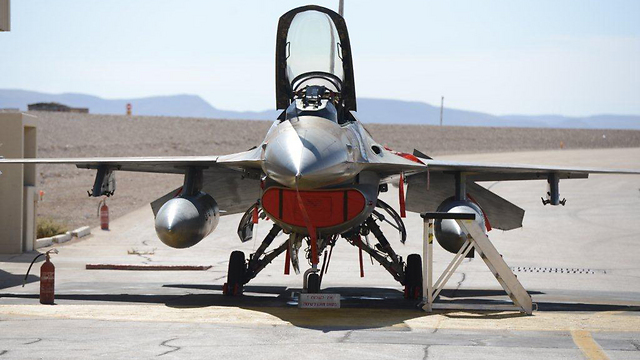 The Polish delegation was forced to back out of the training mission because of budgetary reasons, despite the fact that Polish pilots have been training with their Israel counterparts for some months.

The exersize includes training missions to identify anti-aircraft missiles – ranging from RPGs to advanced systems – as well as surface-to-air ones. The exercise will also include mock dogfights.
For the first time, the training will include the use of a new information system which sends live data from the plane to ground forces. “In the past, foreign nations were uncomfortable in sharing this level information gather after flights, but this time it is happening,” a military official involved in the exercise reported. 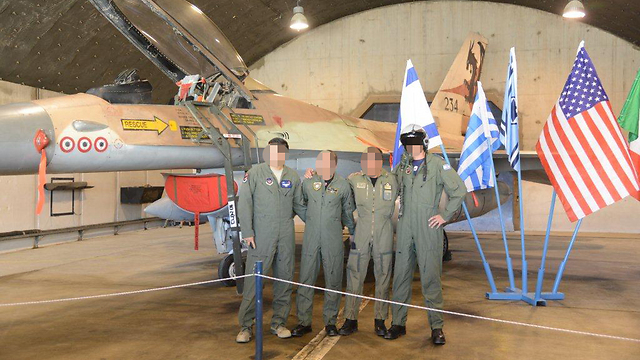 US, Italy, Greece, and Israeli pilots before the drill – Photo: Yair Sagi

“The IAF has been practicing operations with foreign militaries for more than three decades, but only recently have be begun training together on a daily basis. This includes daily flights to Greece. The IAF has become attractive to foreign armies because of its massive operational experience,” he said

Diplomats as well as journalists from Israel and the participating nations were invited to watch the exercise.

US Ambassador in Israel Dan Shapiro, who took a few hours off from Israel’s scathing reactions to the Geneva agreement with Iran spoke and said “We live in a tough world and dangerous world. Israel lives in a dangerous neighborhood…It need the best trained forces … and it needs allies.”