US Attorney-General Loretta Lynch: No Interference with Pollard’s release

US Attorney-General Loretta Lynch said on Saturday that the US Justice Department would not interfere in the process of releasing Israeli-American spy Jonathan Pollard.

Speaking at an Aspen Security Forum, Lynch said that Pollard has served enough time in prison to be released pending a parole board review.

She denied that Pollard’s release would have any connection to the nuclear deal with Iran and a supposed need to appease Israel.

“It would have been extremely far-thinking of people 30 years ago to set this mandatory release date to coincide with the Iran deal,” she said of Pollard’s parole eligibility which will come into effect in November.

A US-born Israeli, Pollard was arrested in 1985 and two years later was sentenced to life in prison for passing American intelligence on Arab and Pakistani weapons to the Jewish state. 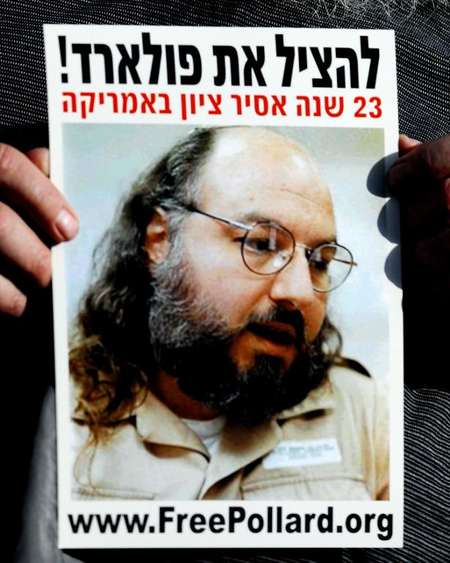 The Wall Street Journal reported on Friday that the Obama administration was considering early release for Pollard.

The Justice Department said in response to the report that Pollard must serve his full 30-year sentence. It stressed that he has long been eligible for consideration for parole in November but insisted that the administration has no say in how that process unfolds.

One US official rejected the notion that Pollard’s release would have anything to do with trying to smooth tense relations with Israel over President Barack Obama’s nuclear deal with Iran, which Prime Minister Benjamin Netanyahu fiercely opposes.

The Journal reported that some US officials are pushing for Pollard’s release in a matter of weeks, while others expect it could take months, possibly at his parole consideration date in November.

Successive Israeli governments have appealed for Pollard’s release, which would be hugely popular in Israel, but US presidents have always resisted.

Israeli officials over the weekend sought to quell speculation that the potential release of Pollard was a US gesture to ease Israeli anger over the Iran nuclear deal.

“Israel has for years been calling for Jonathan Pollard’s release for humanitarian reasons. This is ongoing. We routinely bring it up,” said an Israeli official in the prime minister’s office, who spoke on the condition of anonymity, according to The Washington Post.

“It is an American legal procedure: the parole commission needs to approve his release from prison after 30 years,” she said.

Israel was deeply critical of the July 14 agreement under which Iran promised major world powers to dismantle or mothball much of its nuclear industry in return for an easing and eventual lifting of international sanctions against the Islamic republic.

Netanyahu called the deal “a historic mistake” which would not prevent Iran from developing a nuclear arsenal but would open a flow of money to Tehran, some of which was sure to end up in the pockets of militants hostile to Israel.

Israeli lawmaker Nahman Shai, chairman of parliament’s lobby for Jonathan Pollard, said he believed a decision to release him could be linked to the storm over Iran.

“I wouldn’t rule it out,” he said on Saturday.

“The Americans are looking for ways to placate Israel, there’s no doubt about that,” Shai, of the opposition Zionist Union party, told public radio.

“They are aware of the anger and bitterness in Israel, both in political circles and among the general public.

“Pollard in their eyes is a kind of candy which could sweeten somewhat the bitterness over the Iran agreement.”

Pollard, 60, is suffering from multiple recurring health problems and has been hospitalized several times recently without word getting out to the media.