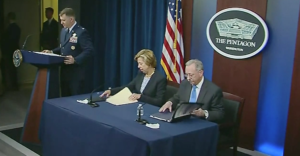 Washington explicitly voiced its disagreement with Turkey’s acquisition of Russia’s S-400 missile defense system while also having American F-35s in the region, since it would allow Moscow to gain too much inside information about the stealth systems, a condition deemed impermissible by the Pentagon.

The United States announced on Wednesday that it was removing Turkey from the F-35 fighter jet program in the wake of Ankara accepting the delivery of the S-400 advanced Russian missile defense system last week.

The first parts of the S-400 air defense system were flown to the Murted military air base northwest of Ankara on Friday, sealing Turkey’s deal with Russia, which Washington had struggled for months to prevent.

Washington says the S-400 poses a threat to the Lockheed Martin Corp F-35 stealthy fighters, which Turkey was also planning to buy.

The US also believes the S-400 sale is part of Russian efforts to disrupt the alliance amid Western concern over Erdogan’s burgeoning relationship with Putin.

Turkish officials insist that the deal to purchase the S-400 does not affect the security of the US and have repeatedly stressed that they will go ahead with the deal despite Washington’s objections.

“The United States is spending between $500 and $600 million in non-recurring engineering in order to shift the supply chain,” she added.

Used by NATO and other US allies, the F-35 stealth fighter jet is the world’s most advanced jet fighter. Washington is concerned that deploying the S-400 with the F-35 would allow Russia to gain too much inside information of the stealth system.

“The F-35 cannot coexist with a Russian intelligence collection platform that will be used to learn about its advanced capabilities,” the White House said in a statement earlier on Wednesday.

Washington has long warned the acquisition may lead to Turkey’s expulsion from the F-35 program.

Responding to the US move, the Turkish foreign ministry said that the country’s removal from the F-35 fighter jet program is not based on a legitimate reason and does not suit ally spirit.

In a statement, the foreign ministry called on the United States to return from what it characterized as a mistake, saying it would harm strategic ties between two NATO allies.

On Saturday, officials said that President Donald Trump’s team has settled on a sanctions package to punish Turkey over the S-400 deal.

Turkish President Recep Tayyip Erdogan later said that Trump has the authority to waive sanctions on Turkey for its purchase of the Russian air defense systems and should find a “middle ground” in the dispute.