Two people have been killed and nine others injured in a shooting along Tel Aviv’s Dizengoff Street.

It is not yet clear whether the incident was a terrorist attack or criminal-related.

The shooting took place at Dizengoff 122, close to Dizengoff Center Mall, as the area was packed with people. It began at a popular pub, and the attacker reportedly shot at several other institutions as well as at pedestrians walking along the street.

Contrary to initial reports, the gunman managed to flee the scene on foot. Police are currently in hot pursuit.

Witnesses say at least 10 gunshots were heard at the scene, apparently from an assault rifle.

One witness who works at the pub targeted by the gunman said the killer first sat on a nearby bench and waited calmly until the bar filled with people, and then began shooting randomly.

In the past few minutes armed police have surrounded a nearby building and have sealed off the area as they move in on the suspect.

Residents have been warned to stay indoors. Police on loudspeakers ordered people to remain indoors as a manhunt for the shooter is underway.

Police on loudspeakers ordered people in the area to remain indoors and a helicopter circled the area as a manhunt for the shooters is currently underway, and confirming to i24 Newsthat the shooter remains at large. 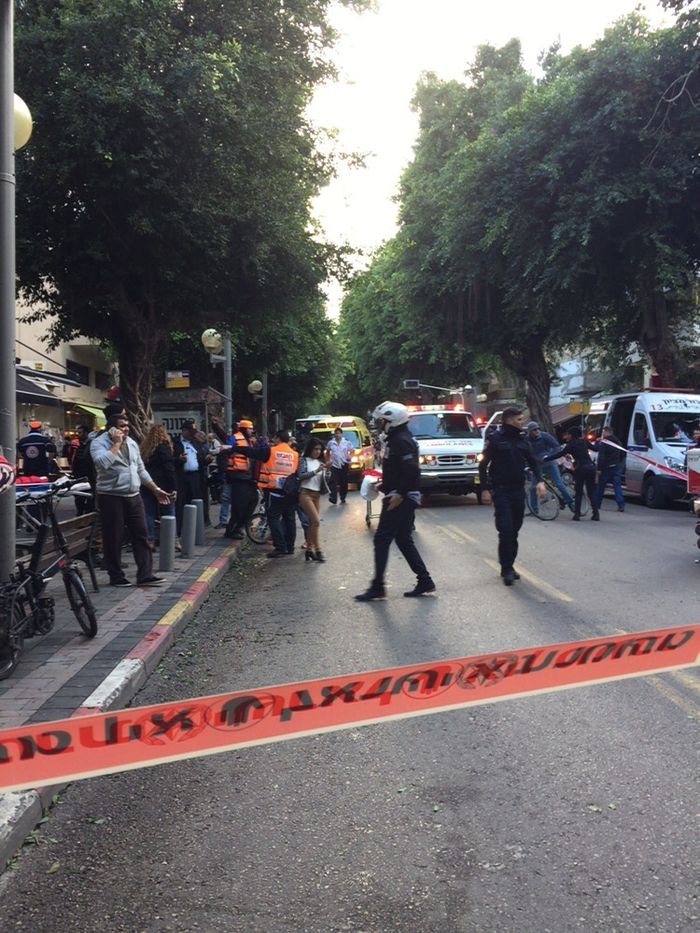 Shooting on Dizengoff Street in central Tel Aviv – i24 News

The Magen David Adom medical service announced via Twitter that at least one person injured in the shooting had died, and later confirmed that a second person had succumbed to injureis.

Seven wounded were evacuated to hospital – two in critical condition, two in serious condition, and three in moderate condition. 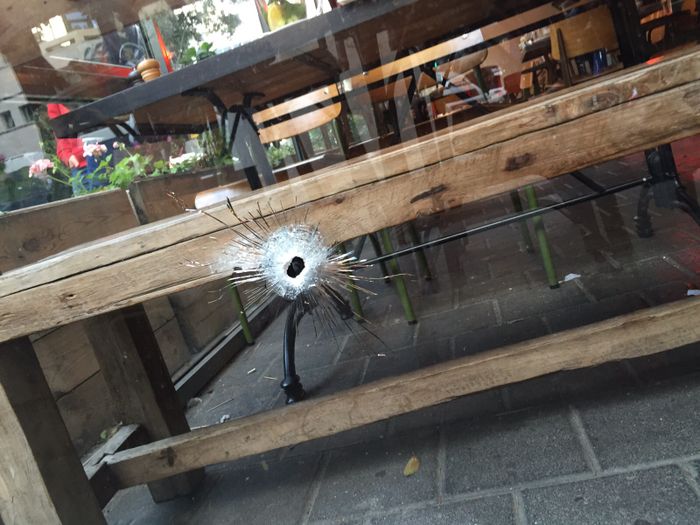 Two people are dead and at least seven others injured, some critically, after a gunman opens fire on a busy central Tel Aviv street, Januar 1, 2016 – i24 News

Security footage from the Anis healthfood store shows the gunman filling a plastic bag with nuts and approaching the store’s counter, appearing to get ready to make a purchase, before dumping out the bag and reaching into his backpack, pulling out an automatic weapon before exiting the store and firing shots into the busy street.

Witness reported that the shooter appeared calm and methodical.

An employee at a nearby pub told Ma’arivnewspaper, “We were sitting outside and suddenly we heard five or six shots close to each other. Everyone who was in the street started running like crazy. We ran into the kitchen with customers…One of the waiters at the scene said shots were directed into the bar.”

Another witness at a nearby cafe told Ma’ariv: “It was a quite Friday, I was complaining that my sandwich was late. Suddenly we heard a shot. At the second shot, a father with his child ran in and yelled at us to ‘lie down’! I still didn’t really digest what had happened. Suddenly there was a shot to the cafe where we were. Then I saw the shooter was standing right in front of me in a black coat with bristly black hair, holding a rifle with two hands. ”

“We fell to the floor and I remember his smile,” the witness added. 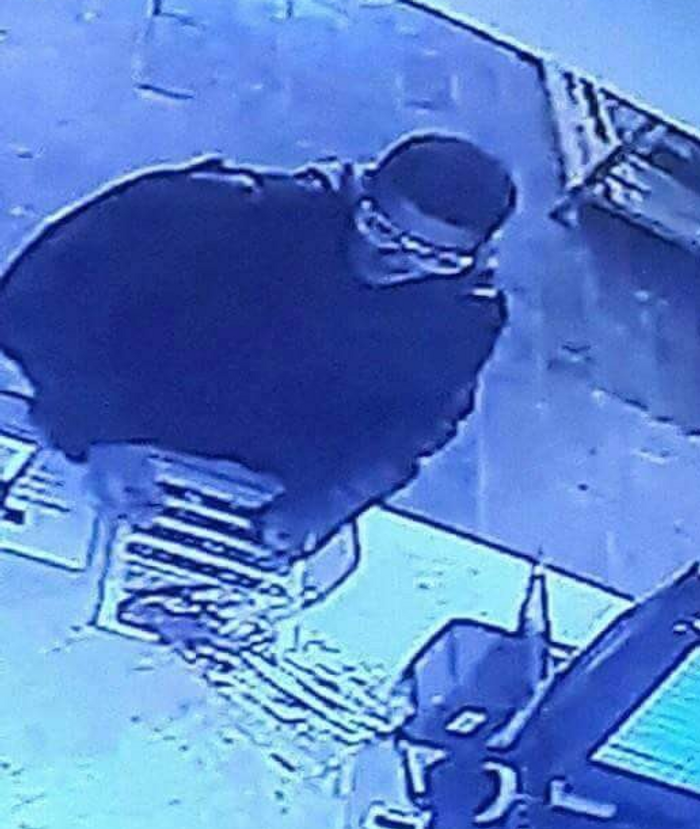 This image from the security video of a store next to the scene of the Tel Aviv shooting shows the shooters minutes prior to opening fire on the street outside. – Screenshot/ Twitter

An ex-paramedic, who was in the area at the time of the shooting, was one of the first to arrive on the scene. He told i24 News that he entered the pub, where he began clearing tables to treat the more seriously wounded until paramedics arrived on scene.

The man, who asked only to be identified as ‘Kfir’, told i24 News that he has not seen an incident like this since his time as a paramedic in Netanya during the Second Intifada, and praised the bravery of onlookers who rushed to the scene to help the wounded without concern for their own saftey.

Following the attack, a Hamas spokesperson issued a statement saying that ‘the attack in Tel Aviv shows that the resistance can reach all Israeli territory’. 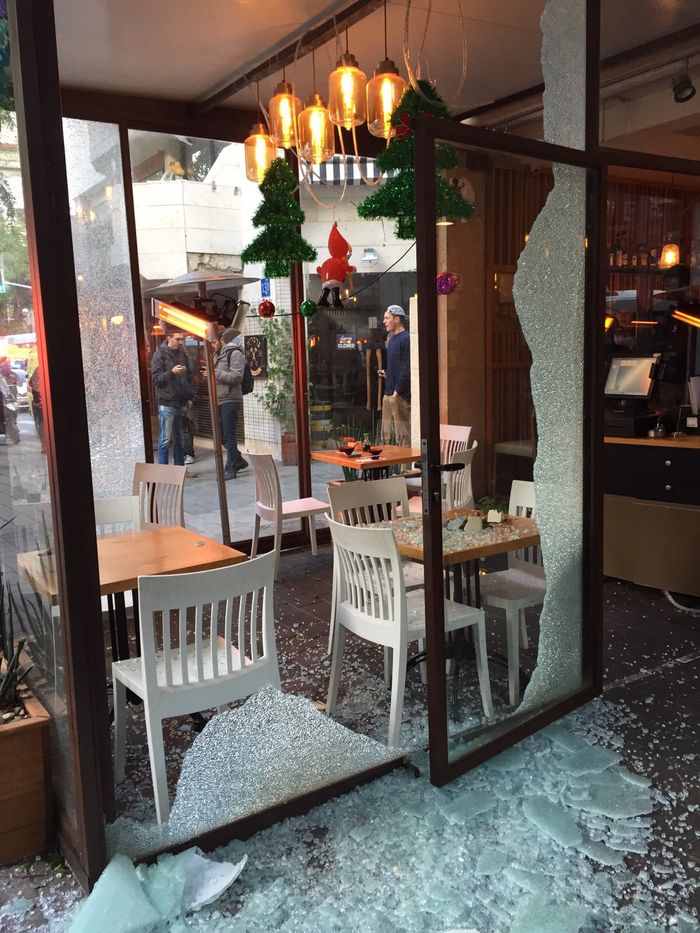 Shooting on Dizengoff Street in central Tel Aviv – i24 News

The attack took place at the busiest time of the week on one of the city’s central shopping and café streets.

Most Israelis don’t work on Fridays and Dizengoff Street cafes and pubs are usually packed during the noon hours. 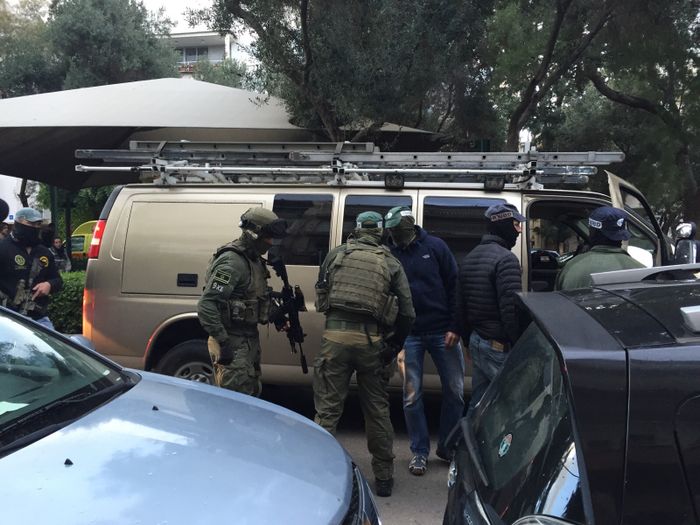 Police have urged residents to remain indoors as the shooter remains at large.

(This is a developing story)