VIDEO: A Palestinian Arab Brought Up to Hate Israel, Learns the Truth After Visit to Jewish State 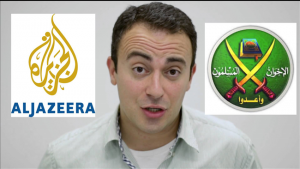 WATCH: Despite growing up in Kuwait, Mark Halawi now speaks out about how he was taught that as a Palestinian, Israel is his enemy.

Mark Halawa is a Palestinian Arab who, like most of his people, was raised to hate the Jews and see Israel as his enemy.

After immigrating with his family to Canada, a place where he could finally examine the issues free of prejudice and intimidation, Mark found the truth to be a little different than what he’d been taught.

That led him to actually go study in Israel and experience the situation first hand.

“I saw civilized and equal government treatment, regardless of race or religion,” Mark exclaims. “After four years of living in Israel, I decided to share my experiences with other Arabs.”