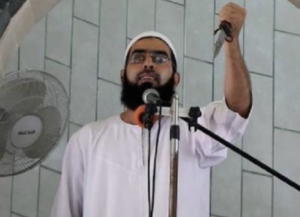 Complaints are frequently voiced in Israel about how the international media covers events in Israel, but it’s not every day that the debate spills over into one of the most important newspapers in the U.S. On Tuesday, Wall Street Journal analyst Bret Stephens published an article in which he lambasted the coverage of the latest escalation of political violence in Israel.

Stephens begins by describing the events of recent days and notes that most Western news outlets “fall into familiar tropes” and cite Palestinian desperation and the stalled peace process as reasons for the violence. However, he argues, most of the reports leave out quotes by Palestinian leaders, such as the Gaza imam who urged: “My brother in the West Bank: Stab!”

From his criticism of the media, Stephens transitions into what he calls “the significant question … why so many Palestinians have been seized by their present blood lust.”

He rejects the premise that the violence stems from despair of the peace process or economic frustration: “Please. It’s time to stop furnishing Palestinians with the excuses they barely bother making for themselves.”

Meanwhile, the terrorist acts taking place throughout Israel are still not dominating the international news, whose coverage has changed slightly, with somewhat less biased headlines. The headline of the top story on the New York Times website Tuesday was to the point — that Israeli leaders were holding an emergency meeting about the escalation in violence.

CNN surprised with the headline “Israel under terrorism,” and the article included a link to a clip documenting the terrorist attack on Malchei Israel Street in Jerusalem.

Even the BBC has moderated its headlines after coming under fire recently for its egregiously biased and inaccurate phrasing in a headline about one of the terrorist attacks last week. While the headline was somewhat obscure, reading “Three killed in Jerusalem attacks,” the subheadline made it clear that the casualties were Israeli.

The Independent, which was also taken to task last week for biased coverage of the events in Israel, featured a headline that specified that two Israelis had been killed by a Palestinian in an attack on a Jerusalem bus.