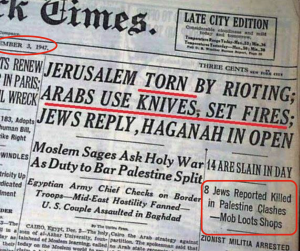 A preacher on official Palestinian Authority (PA) television on Friday prayed that Allah should “count” his enemies, the enemies of Islam, and “kill them to the last one.”

The TV preacher then singled out for punishment “the wicked Jews” and “the atheists who help them,” according to Palestinian Media Watch (PMW).

“Allah, punish your enemies, the enemies of religion, count their numbers and kill them to the last one, and bring them a black day. Allah, punish the wicked Jews, and those among the atheists who help them. Allah, we ask that you bestow upon us respect and honor by enabling us to repel them, and we ask you to save us from their evil,” said the Palestinian preacher.

Recently, the PA and Fatah have replaced using sermons to call for killing Jews with different ways of promoting killing Israelis: statements by leaders in support of terror attacks and their perpetrators, celebration and glorification of terrorists, music videos promoting violence and the killing of Israelis, and more.

Published in 1947, before Israel’s independence, this NYT headline proves nothing has change, even without excuses of ‘occupation’ or post 1967 settlements.

While the terror and murder promotion has not stopped, the PA merely changed its means after foreign governments and the media condemned the sermons on PA TV, after PMW had reported on many cases which called for Muslims to exterminate Jews.

Since then, there have only been occasional calls for genocide in sermons and in speeches by religious leaders, such as the Mufti’s vehement calls for the killing of Jews.