Kuwait is planning to terminate relations with 50 companies involved anywhere past the Green Line in Israel, including Jerusalem.

Kuwait’s Commerce Ministry is on the verge of ending its relations with 50 European companies because of their dealings in the “occupied territories” taken in the 1967 Six Day War, sources told an Arab newspaper. 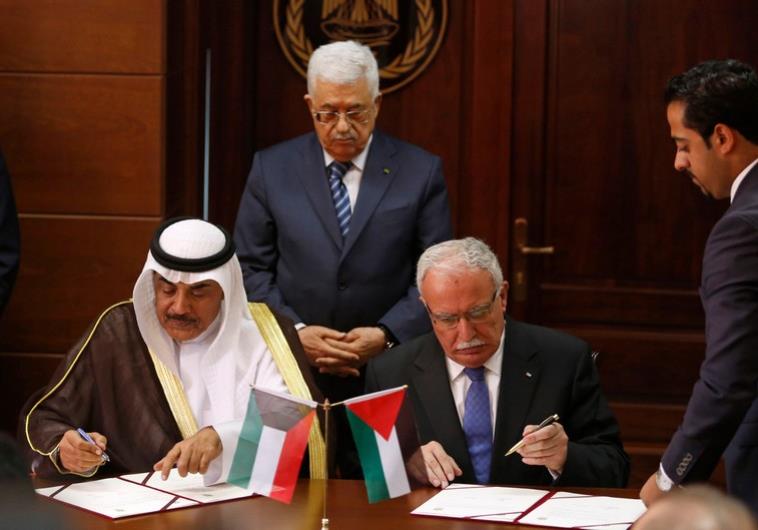 The ministry is also looking into information that the British security firm G4S plc, which works in the “occupied Palestinian territories,” is active in Kuwait, the Jerusalem- based Al-Quds on Tuesday quoted the sources as saying.

If the information is found to be correct, the ministry intends to immediately warn G4S to stop doing business in the “occupied territories” or else lose its operating license in Kuwait, the sources said.

This information came to light after the Organization of Islamic Cooperation informed the Palestinian Authority Foreign Ministry that G4S is active in Kuwait.

The PA’s Trade Ministry, upon the request of its Foreign Ministry, is working to identify which companies work in the “occupied territories.”

The report also said that Kuwait previously removed French company Veolia Environnement SA from consideration for a solid waste treatment contract valued at $750 million and for any future ones, because of its involvement in Israeli projects. One of the company’s projects is the Jerusalem Light Rail, which goes through Arab and Jewish neighborhoods in Jerusalem over the Green Line, the latter of which the report called illegal settlements.