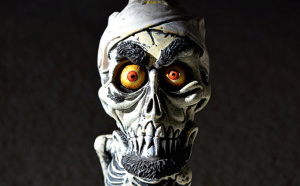 After hearing loud explosion, IDF finds terrorist’s body south of Hevron, who apparently was killed while attempting an attack on Jewish civilians.

The body of a Palestinian Arab terrorist was found after midnight Monday/Tuesday near the community of Beit Haggai, south of Hevron, the IDF confirmed Tuesday morning. An initial IDF investigation has revealed that the terrorist was likely killed during an attempt to harm Israeli vehicles and after throwing a grenade at a military vehicle.

Residents from the area first reported that large rocks were placed on the road leading to Beit Haggai, a common terror tactic; an IDF patrol was brought in to comb the area. Several minutes later, a loud explosion was heard.

Searches conducted uncovered the body of a terrorist; in his hand was an improvised explosive device.

The body was taken for examination by the Red Crescent.