Police forces were pelted with stones, IEDs &  Molotov cocktails in riot near Rachel’s Tomb in Bethlehem, with 2 policemen sustaining light to moderate injuries.

Two Border Guard officers were injured after being pelted by stones thrown at the force near Rachel’s Tomb in Bethlehem, only a day after an IDF raid left three Palestinian terrorists dead in Jenin. 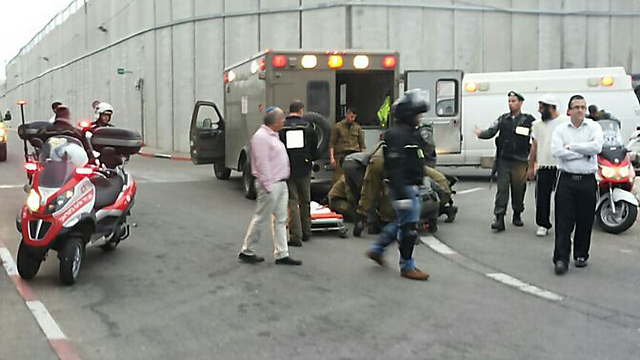 Forces being treated – Photo: Courtesy of Rachel Our Mother organization

The two soldiers sustained light to moderate injuries and were evacuated to the Hadassah Ein Kerem Hospital in Jerusalem.

Israeli police spokesperson Luba al-Samri was quoted by Palestinian news agency Ma’an say saying that Palestinian youths threw “improvised explosive devices” and Molotov cocktails towards members of the Border Guard in the Aida refugee camp north of Bethlehem, but the soldiers reportedly sustained their injuries from stones thrown at them from rooftops.

The agency also claimed that some eight Palestinians were wounded.

The incident took place two days after a joint operation by the IDF, Shin Bet, and an elite Border Guard counter-terrorism unit (Yamam) killed three Palestinians in Jenin, among them 22-year-old Hamza Abu Al-Haija, the son of a senior Hamas official in the West Bank.

The incident sparked a protest by some 150 Palestinian youths who demonstrated near the Damascus Gate in Jerusalem’s Old City Saturday night. Several dozens of them started throwing stones at police. No one was injured. Police forces dispersed the crowd and three protesters have been arrested. 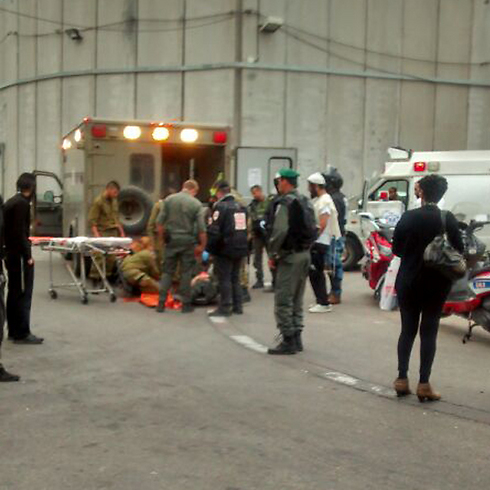 Overnight Friday, Israeli force circled Al-Haija house and ordered the 22-year-old militant to exit peacefully, but he refused to come out, attempting to evade the IDF force. According to the IDF, the terrorist began shooting at the soldiers with a M-16 assault rifle, who returned fire. The 22 year old was killed and two special forces soldiers were lightly injured in the operation.

Al-Hija’s father – Gamal – is one of the top Hamas representatives in the West Bank, currently serving a life sentence in prison. Among the Palestinian casualties was Mahmoud Abu Zina from the military wing of Islamic Jihad. According to Palestinian sources, several armed gunmen were also in the house, seven of which were injured in the operation and were evacuated to a nearby hospital.

An initial debriefing of the incident in Jenin showed that the IDF’s Judea and Samaria Division had been closely tracing Al-Haija’s movements in recent days, after a months’ long manhunt for the wanted Hamas man.