A year and a half ago, the professional leadership of the Israeli security apparatus, with the support of Former Defense Minister Moshe Ya’alon, gave a recommendation to Prime Minister Benjamin Netanyahu to accept the aid proposal that Israel would receive as a result of the nuclear deal with Iran.In addition to increasing the amount of aid for the next decade, the US proposal included other deals which would have had dramatic impacts on security cooperation between the two countries and on Israel’s strategic abilities. 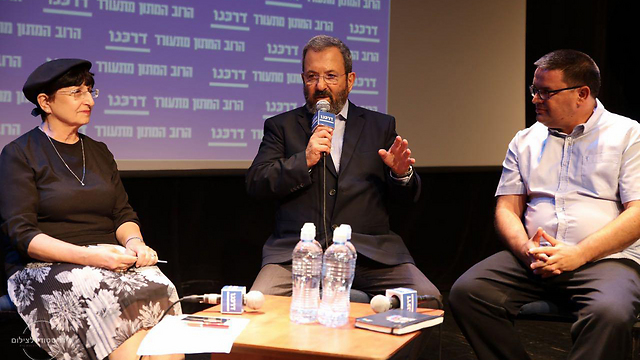 Due to political reasons – reasons which Ehud Barak called “reckless gambling” – Netanyahu rejected the security forces’ recommendation, and in March 2015, Netanyahu decided to speak in front of the US Congress to try and convince them to come out against Obama and stop the nuclear deal.

Senior US officials who were frustrated with Netanyahu already knew that at the end of 2014 to the beginning of 2015, that Secretary of Defence Chuck Hagel passed a message from President Obama to Netanyahu regarding US intentions to station strategic weapons in Israel. These are weapons which could have also deterred attacks, or protected Israel if the Jewish state felt threatened and decided to attack Iran.

One can also assume that the US government was ready to provide Israel with the US’s most effective weapons; bunker buster missiles which could destroy Iranian nuclear production facilities. Israel requested these missiles, and one can assume that the Americans had several ideas as to how they would have integrated these weapons into Israeli systems if the need arose.

The transfer of these weapons systems would present a significant leap in Israeli technological and operational capabilities and in security cooperation between the two nations. However, this didn’t happen.

It’s not clear if this is what Ehud Barak was referring to two days ago when he blamed Netanyahu for exposing Israel to major threats and security challenges. Barak claimed that what he was talking about – which he wasn’t allowed to fully expose – shows that Netanyahu is someone who is unable to correctly ascertain Israel’s security interests, and as someone who hasn’t internalized the potential for cooperation between Israel and the US.

Since this means that there are secret channels between the two countries, channels which the Prime Minister’s Office can deny exist, it’s only right that Barak present his finding in a secret subcommittee, such as the Defense and Foreign Affairs Subcommittee.

While Barak is indeed a civilian, the doors of the Pentagon are still open to him, and he has a good working relationship with National Security Advisor Susan Rice.

However, even with all of this, and Barak’s relations with Netanyahu, it is unlikely he actually knows what is going on between the White House and the Prime Minister’s Office behind closed doors.