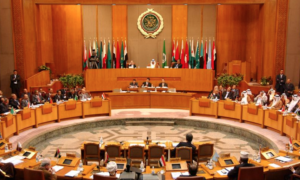 Ambassadors from Arab nations are expected to meet in the capital Brasília on Tuesday to discuss Bolsonaro’s plan to follow U.S. President Donald Trump’s decision to move the embassy from Tel Aviv and recognize Jerusalem as Israel’s capital, according to an Arab diplomat.

The letter to Bolsonaro from Arab League Secretary General Ahmed Aboul Gheit and delivered to Brazil’s foreign ministry said the decision on where to locate an embassy was the sovereign decision of any country.

“However, the situation of Israel is not normal, seeing that it is a country that has been occupying Palestinian territories by force – among them east Jerusalem,” the letter said.

Moving the embassy to Jerusalem would be considered a violation of international law and the U.N. Security Council resolutions, Aboul Gheit said.

The embassy move has been praised as “historic” by Prime Minister Benjamin Netanyahu, who plans to attend Bolsonaro’s presidential inauguration.

“The Arab world has much respect for Brazil and we want not just to maintain relations but improve and diversify them. But the intention of moving the embassy to Jerusalem could harm them,” the diplomat said.

Brazil is one of the world’s top halal meat exporters and that trade could run into trouble if Bolsonaro angers Arab nations by moving the embassy. That could hurt exports to key Middle Eastern markets for Brazilian beef and poultry producers BRF SA and JBS SA.

Halal meat is butchered and prepared as prescribed by Muslim law.

The meat exporters lobby has pressed the incoming president not to move the embassy, and he appeared to change his mind.

But the president-elect’s son, Eduardo Bolsonaro, speaking after recently visiting Trump advisor and son-in-law Jared Kushner at the White House, said the embassy move was “not a question of if, but of when.”