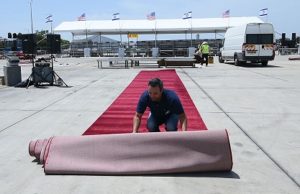 A month after Bahrain allowed journalists from six Israeli media outlets into the country for the first time to cover the US-sponsored Peace to prosperity workshop, a group of Arab journalists – including for the first time from Saudi Arabia and Iraq – is expected to arrive on Sunday via the Allenby Bridge for meetings in Israel.

The delegation includes journalists and bloggers, and was organized by the Foreign Ministry. In addition to Saudi and Iraqi journalists, it is also expected to include representatives from the United Arab Emirates, Egypt and other countries as well.

The delegation is expected to tour Jerusalem and Tel Aviv, as well as hold meetings with Israeli officials.