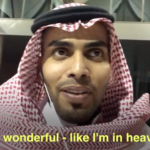 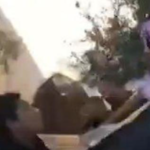 Popular Saudi blogger Mohammed Saud, a member of the Arab bloggers & journalists delegation invited to visit Israel, had plastic chairs hurled at him, was spat at and verbally attacked by Palestinians during his visit to Jerusalem and on the Temple Mount, holy to both Muslims and Jews.

A well-known Saudi blogger was attacked in Jerusalem on Monday by Arab protesters angry at his participation in an event hosted by the Israeli government.

Mohammed Saud, famous for his command of Hebrew, was spat at, had plastic chairs hurled at him and was verbally attacked during a visit to the Temple Mount, holy to both Jews and Muslims. Continue Reading »

A month after Bahrain allowed journalists from six Israeli media outlets into the country for the first time to cover the US-sponsored Peace to prosperity workshop, a group of Arab journalists – including for the first time from Saudi Arabia and Iraq – is expected to arrive on Sunday via the Allenby Bridge for meetings in Israel. Continue Reading »

Palestinians are reportedly demanding the Trump peace plan be based on the two-state solution predicated on the 1967 borders and east Jerusalem as the Palestinian capital.Western Continue Reading » 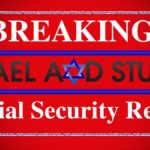 Israeli fighter jets bombed several Syrian military installations around the capital of Damascus, a number of local outlets, including the state TV, and witnesses on social media reported on Monday.

Shortly after midnight, a Syrian news outlet reported an air strike at the Damascus International Airport, presumably by the Israel Air Force.
– IDF spokesperson declines to comment on foreign reports.

According to some reports,  an Israeli drone was downed by the Syrian Armed Forces in the course of the operation.

The reports could not be independently verified and the Israel Defense Forces spokesperson declined to comment.

This is a developing story 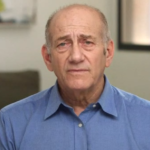 According to a senior Saudi writer, Al-Harbash, “When a citizen sees one of the most senior figures [from his country] brought to jail, he can wave his finger at the world and say, ‘We have justice here!'” This gives Israel its status as an “honorable” nation, despite accusations of injustice from the Arab world.

A senior columnist for the Saudi daily Al-Jazirah (not to be confused with Al Jazeera) praised Israel’s justice system in his column last month. Dr. Jasser Al-Harbash’s article, translated from Arabic by The Middle East Media Research Institute, stated that the justice system is the “secret of the Zionist entity’s advantage over his neighbors.” Continue Reading »

Prime Minister Netanyahu vows to facilitate the necessary laws in the Knesset to remove the Qatari network from Israel while rallying the government press office, foreign ministry, and defense establishment to began working on it.

Prime Minister Binyamin Netanyahu sharply criticized the Al-Jazeera network on Wednesday evening, and declared that he would work to remove it from Israel.

“The Al-Jazeera network does not cease to incite to violence around the Temple Mount. I have appealed to law enforcement agencies several times to close the Al-Jazeera office in Jerusalem. If this is not done due to legal interpretation, I will work to enact the necessary laws to remove Al-Jazeera from Israel,” declared Netanyahu. Continue Reading »

Hezbollah shows off its heavy weaponry, missiles in Syria 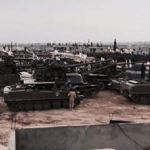 The Lebanese terror group Hezbollah, with the military capabilities reserved for only national armies, shows off its arsenal of tanks and APCs on foreign soil for the 1st time ever.

Arab media has published pictures of the massive amounts of Hezbollah forces in Syria. The Syrian Observatory for Human Rights (SOHR) reported on the show of force, as did various Hezbollah media outlets.The Shia terror group didn’t officially publish any of the pictures.

Lebanese media outlets are struggling to understand the message Hezbollah is trying to send with these pictures, especially since the pictures weren’t published by the terror group itself. Continue Reading » 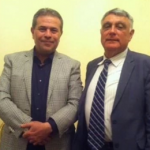 After Egyptian MP Tawfik Okasha invited Israel’s ambassador for dinner, he was charged with “unforgivable treason” and accused of “hypocrisy” by Egyptian media personalities.

An Egyptian TV host and parliamentarian is coming under fire for meeting with the Israeli ambassador to Egypt, the Al-Ahram newspaper reported on Thursday.

According to the newspaper, the parliamentarian Tawfik Okasha had dinner on Wednesday with Israeli ambassador Haim Koren and the two talked politics.

Okasha reportedly discussed several local and regional issues with Koren, including the Palestinian-Israeli conflict and the construction of the controversial Grand Ethiopian Renaissance Dam, according to Al-Ahram, which quoted the Arabic-language Youm7 website.

“The visit to Israel was exciting and unique. It is a shame that most people in the Arab world are still filled with blind hatred and prejudice toward Israel,” said G.M., an Iraqi journalist living in exile in Germany. Continue Reading »