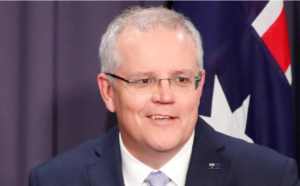 Ambassadors from 13 Arab states gathered in the Australian capital city of Canberra on Tuesday to discuss the new Australian premier’s decision to consider relocating his country’s embassy in Israel from Tel Aviv to Jerusalem.

Egypt’s Ambassador to Australia, Mohamed Khairat, told Reuters that the Arab ambassadors were drawing up a letter to the Australian Foreign Minister, Marise Payne, to highlight the consequences they say would result from Australian recognition of Jerusalem.

“We have agreed that we will send a letter to the foreign minister expressing our worries and our concern about such a statement,” Khairat said.

“Any decision like that might damage the peace process,” Khairat continued, “this will have very negative implications on the relations between Australia and not only Arab countries but many other (Islamic countries) as well.”

Morrison said his cabinet would weigh in on the question, but added that no decision was likely for the next couple of months.

“I intend to discuss this further with cabinet colleagues in the coming months,” Morrison said.

Prime Minister Binyamin Netanyahu spoke with Morrison earlier on Monday and thanked him for considering officially recognizing Jerusalem as the capital of Israel and relocating the Australian embassy there.

A small but growing number of countries have recognized Jerusalem as the capital of Israel since US President Donald Trump announced that the US would officially recognize the city as the capital of the Jewish State last December. These countries include Guatemala, the Czech Republic and Honduras.

Another country which relocated its embassy to Jerusalem was Paraguay, though its President Mario Abdo Benitez recently reversed his predecessor’s decision and announced the embassy would move from Jerusalem back to Tel Aviv.