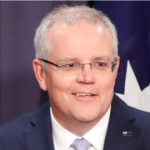 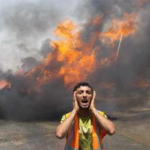 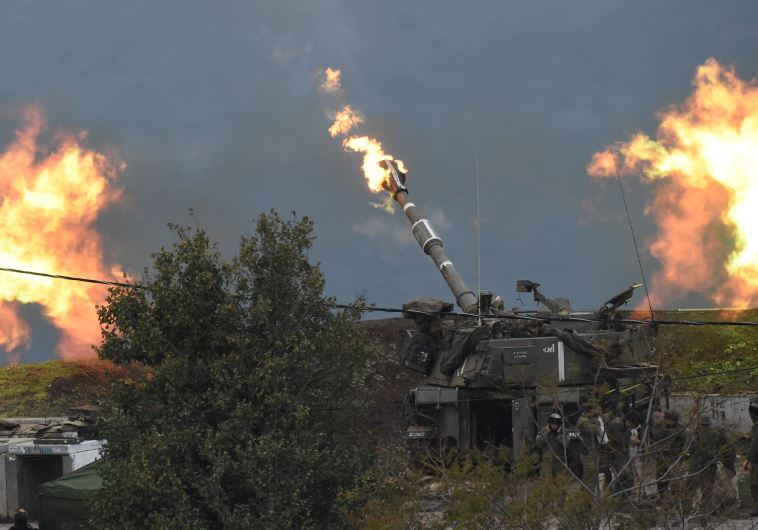 An IDF artillery gun fires a shell into Lebanon, after a roadside bomb exploded next to an IDF military border patrol near the Sheba Farms area near Kiryat Shmona, Israel, January 4, 2016.

Speaking at a massive rally in Gaza’s Khan Younis organized by Hamas in support of the Islamist rioters attacking police on the Temple Mount, al-Zahar slammed the PA for not openly conducting attacks against Israel. Continue Reading » The aide to Arab MK Masud Ganaim had his entry permit to the Knesset temporarily revoked by its security chief, after guard overhears remarks & reports them.
• MK Ganaim said, “I strongly condemn these comments, but [my aide] claims he said it in jest.”

Knesset Security Chief Yosef Griff on Wednesday revoked the entry permit to the Knesset for an aide to Arab MK Masud Ganaim (Ra’am-Ta’al).

On the 3rd day in a row, a Hamas member warns the Israeli gov’t against making a “silly move” on Gaza, threatening to hit Haifa in retaliation.

By Dalit Halevi and Elad Benari

If Israel attacks Gaza, Hamas will attack Haifa, a member of the group threatened on Wednesday.

Speaking at a rally in Gaza, the deputy head of the Palestinian Legislative Council Ahmad Bahr warned Prime Minister Binyamin Netanyahu against making a “silly move” which may result in an escalation in Gaza.

“The resistance will not sit idly by, as it has combat capabilities and missiles that will hit Haifa if the enemy attacks the Gaza Strip,” Bahr declared. Continue Reading » With the Jerusalem Marathon set to take place March 1, the Palestinian Authority is warning Israel not to use the race to “Judaize” the city, presenting it as a “unified capital of Israel,” said the chairman of the PLO’s action committee, Ahmed Qureia. Qureia is also the head of the “Al-Aqsa Department” in the PA, and on Sunday he warned Israel to ensure that marathoners stay away from the Temple Mount, where the mosque is located.

Runners from some 50 countries are expected at this year’s marathon. Continue Reading »