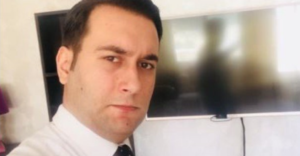 The State of Israel is stronger and more stable than the Arab states on almost all fronts. If all borders were wide open in Arab states, few if any Israelis at all would flee Tel Aviv for Arab cities, but you would certainly see a flow of people in the opposite direction for the very same reason that multitudes of Arabs seek to emigrate to Europe.

The conflict over land must be put into perspective. The land which officially became the State of Israel was originally Jewish territory, one that was later controlled by a series of conquerors, including Arab-Muslims. The latter are the true occupiers, and they are fighting to reverse the reestablishment of Jewish sovereignty.

Any sane person knows—or should know–that the Jews are not colonialists in this region, but rather an indigenous people. But we Arabs have grown arrogant to the point of denying all historical records of Jewish sovereignty preceding Arab-Muslim rule in the Middle East. The Hebrew language alone is evidence enough of a long Jewish history in the land of Israel.

Even in my country of Jordan, which is officially at peace with Israel, we still hear the term “resistance to normalization” with the hated “Zionist enemy.” My people don’t understand that Israel is actually our friend and that if we followed the Jewish state’s example, then we, too, would become prosperous like America and Europe. Instead, we remain under the influence of an Islamic colonization that keeps us living a backward and primitive existence.

Israeli scientific research is often ahead of what’s coming out of Europe and America, while we Arabs wallow in the dark ages. Despite all our hostility, Israel still wants to live in peace with the Arabs. Can we really blame Jews for returning to a land from which they were forcibly expelled?

The real reason Arab countries resist normalization with Israel is that they reject Western civilization. The State of Israel is a civilized, democratic country, like those of Europe; sometimes even more so. The Arab world has been raised to detest this brand of civilization. What we find in the end is that those calling to resist normalization with Israel often do not truly understand what they are protesting. They want the benefits of European and Israeli civilization, but then spurn the genuine example of it right next door to us.

I note that what is now “European” civilization is largely built upon Judeo-Christian civilization, which originated with the Jews of the Middle East.

The Arabs Are the Original Occupiers

Our region is really the home of the Jewish, Aramaic and Syriac cultures. The Arabs came from the Arabian Peninsula and they colonized and obliterated those indigenous cultures. Over time, those original peoples began to forget and abandon their cultures and assimilate into Arab civilization.

The Arabs are the original occupiers and have no right to deny the return of the Jewish nation. And that is why I call for normalization: for the recognition of the right of the Jews to exercise sovereignty in their ancestral lands.

We Arabs came from the Hijaz, Najd and Yemen. We occupied this land and made it Arab. Some of the Syriac and Aramaic words we still use today, as well as the recorded names of settlements uncovered in archaeological digs. This proves that we are not the original inhabitants here. It is time to solve this conflict, and that begins with us, the Arabs, accepting the Jewish people’s true historical connection to this land. We have everything to gain from so doing.

This article appeared first in the Israel Today Magazine.

Rami Dabbas is a Jordanian civil engineer by profession, an activist and a writer. He was born in 1989 in the City of Astana during the Soviet era to a Jordanian father and a Russian mother.

Dabbas is interested in promoting peace in the world in general and in the Middle East specifically. He sympathizes with the religious minorities in the Middle East because of the persecution he and his family experienced through radical groups.