Epstein was Zygier’s counselor at the Australian Zionist youth groups Netzer and Hashomer Hatzair and together they participated in a workshop for diaspora youth leaders in Jerusalem.

In an interview with Sof Hashavua (The Jerusalem Post‘s Hebrew language sister publication), Epstein said that the research for his book completely contradicted the theories of other Australian and German journalists, as well as the Israeli journalist Ronen Bergman’s theory, that Zygier was suspected of treason for visiting Lebabon and for contacting a Hezbollah agent in Europe.

Epstein says that the Iranian businessman studied with Zygier at Melbourne’s Monash University.

“This Iranian man played a central role in Zygier’s downfall. Ben Zygier spoke too much with the wrong person at the wrong time, and the Mossad found out,” the author told Sof Hashavua.

“Zygier did not play a senior role in the Mossad Iran related operations but he was a partner while he was employed by a Milanese communications equipment supplier  that had dealings in Africa and the Far East. In the framework of his employment he also traveled to Tehran,” Epstein said.

Epstein revealed in the interview that The Australian Security Intelligence Organization (ASIO)  Australia’s national security service, tracked Zygier for a long time, but the author was not sure if the service tipped the Mossad off about his contacts with the Iranian businessman in Australia. 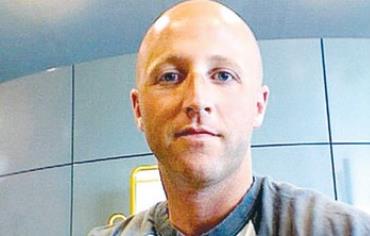 When Zygier returned to Israel from his studies in Australia in January 2010, he was arrested for espionage and treason. The courts and the censor placed a blackout on information about his arrest and imprisonment. Only two news pieces in the Israeli media were released in violation of the censor about a secret prisoner, Prisoner X that was being held in the Ayalon Prison in Ramle.

During Zygier’s time in prison charges were laid against him and, he was offered a plea deal. The state attorney wanted Zygier to serve ten years in jail under the deal. While Zygier was considering the deal with his lawyers, his wife and two children visited him at his cell. During this visit his wife told him that she wanted to separate from him. Zygier 34-years-old became depressed, phoned his family in Australia and shortly thereafter hung himself in the washroom of his cell.

Zygier’s suicide was kept under wraps by the censor and nothing was published about it until February 2013 when Australian television exposed some details on the affair. This report made waves both in Australia and in Israel.

A special judge appointed to investigate the circumstances of Zygier’s death found that he took his own life but she did not spare the prison guards who she found to be negligent in their guarding duties.

Epstein, who is a radio broadcaster as well as a journalist, faults the Australian government who he says despite received information from Israel about Zygier’s arrest but did not act as it should have under the circumstances.