Epstein was Zygier’s counselor at the Australian Zionist youth groups Netzer and Hashomer Hatzair and together they participated in a workshop for diaspora youth leaders in Jerusalem. Continue Reading »

Israel to Give 4 Million to Family of ‘Prisoner X’

The Family of Ben Zygier, the ex-Mossad agent who died in jail, will receive 4 million shekels compensation.

Israel has signed an agreement with the family of former Mossad agent Ben Zygier, Channel 2 reports. The state will pay 4 million shekels in compensation to the family for Zygier’s death in an Israeli prison in December 2010. Zygier managed to commit suicide in a solitary confinement cell, despite being under supervision.

According to the report, 2,400,000 shekels will be paid this year, and another 400,000 will be given per year for the four years that follow. Continue Reading »

Unidentified testimony provided to Haaretz describes harsh conditions in which the other ‘Prisoner X’ is being held.

On Tuesday, the Rishon Letzion Magistrate’s Court heard testimony that another Israeli is being held in total solitary confinement in one of the most secure prisons in Israel – the same prison in which the Mossad agent Ben Zygier was held. According to the testimony, the cell is well guarded and without windows. The prisoner has no contact with other prisoners or with his guards, who know nothing of his identity or the details of the indictment against him.

According to prison service officials, except for brief walks in a secluded adjacent yard, the prisoner has not left his cell for a few years now. Continue Reading »

Internal Affairs Committee to discuss another anonymous prisoner that was being held for offenses that were much more “sensationalist and incredible”.

A second anonymous security prisoner was held secretly at Ayalon Prison at the same time that former Mossad employee Ben Zygier took his own life at the facility’s high security cell 15, according to court documents cleared for publication on Tuesday. 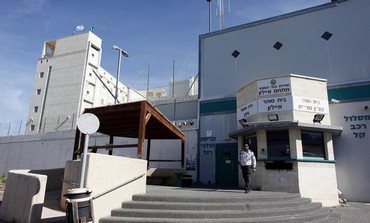 In the protocol of an October 2011 hearing in the Rishon Letzion Magistrate’s Court examining the death of Zygier – nicknamed “Prisoner X” by the Israeli media – it reads “it is worth nothing that there are specific, detailed guidelines that were used for the previous resident of bloc 15 (Yigal Amir) and for a separate prisoner jailed in bloc 13 (a security cell – that prisoner’s attributes more closely resemble those of the one in cell 15).”

An article about Zygier on the front page of an Australian newspaper. – Photo: AFP

Information from classified transcripts in the case of Zygier, or Prisoner X as he was known at the time of his suicide by hanging in an Israeli prison in December 2010, were published Tuesday in the Israeli daily Haaretz.

Zygier hung himself after devastating visit from wife & daughter

The Rishon Lezion Magistrates’ Court has lifted the gag order placed on the internal investigation into the death of Mossad agent Ben Zygier, also known as Prisoner X, in the custody of the Israel Prison Service.

The Australian-born Zygier committed suicide in December 2010 in his cell in the maximum-security Ayalon Prison. The records of the investigation into his death, initially reported by the Australian media in February due to Israeli censorship restrictions, were sealed.

According to information revealed on Thursday, the investigation confirmed the medical examiner’s findings that Zygier took his own life by hanging himself in his cell’s shower, stressing that there was no evidence of foul play.

Australian FM cries to US about wanting answers on Zygier case

Speaking in Washington after meeting with U.S. VP Joe Biden, Bob Carr, Australia’s Foreign Minister complained that Israel has yet to provide Australia with a “comprehensive accounting” on the arrest, incarceration & suicide of Australian citizen & reputed Mossad agent, Ben Zygier.

Australian Foreign Minister Bob Carr on Tuesday said that Israel has yet to provide Australia with a “comprehensive accounting” of the arrest, detention and suicide of Ben Zygier.

Foreign media outlets have reported that Zygier, an Israeli-Australian dual national, worked as a Mossad spy.

For 5 years he worked for the Mossad, and then took his own life: Ben Zygier, also known as Prisoner X, according to a SPIEGEL investigation, sought followers of Hezbollah, betrayed secret information – with serious consequences, and then got caught.

Ben Zygier, the Mossad agent who hanged himself in an Israeli jail cell on 15 December 2010, had apparently passed sensitive information before his death to the Hezbollah.  That in turn led to the arrest of several Lebanese informants who were watching the Hezbollah. This information is the results of an investigation, by the German news magazine SPIEGEL. Continue Reading »

Carr says Australia will strongly protest if its passports were misused.

Australia’s foreign minister has confirmed for the first time that an Australian-Israeli man who mysteriously died in a maximum-security Israeli prison had been working for Israel’s government. 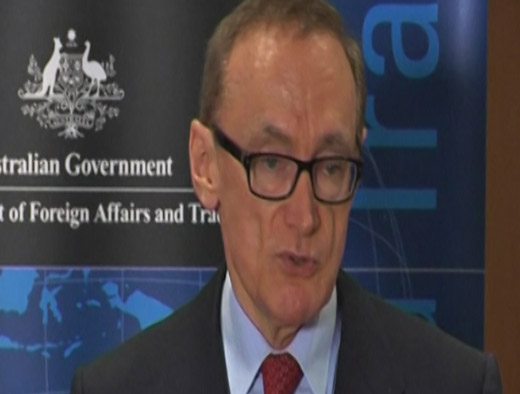 But Foreign Minister Bob Carr did not say if Ben Zygier was working for the Mossad spy agency as has been reported.

Carr stressed however, that Zygier was not connected to the 2010 assassination of Hamas henchman Mahmoud al-Mabhouh. Continue Reading »

Suicide-proof cell…with all the extras: A stool, a sheet & bars on window

Israel’s Maariv newspaper reported on Tuesday that alleged Mossad agent Ben Zygier hanged himself in Ayalon Prison by tying a bed sheet to the steel bars of the window in his cell’s bathroom, and then standing on a stool.

An article about Zygier on the front page of an Australian newspaper last week. – Photo: AFP

Citing the Israel Prison Service report written up immediately after Zygier’s suicide in December 2010, Maariv reported that Zygier woke up on the morning of Dec.

After a number of Knesset members urged Justice Minister Yaakov Ne’eman to address allegations that an Australian national committed suicide in an Israeli prison, thereby blowing the cover off the “Prisoner X” affair, the issue of parliamentary immunity upon revealing State secrets has become a sensitive matter.

Immunity for revealing State secrets would be applied to an MK if he or she spoke without preplanning, “in the heat of an argument or in response to things said,” Yinon said, but “preplanning a statement – that is in fact a felony that cannot be protected by immunity and a member of Knesset can be prosecuted for the said felony, as can any other person.” Continue Reading »

Ben Zygier was a victim. From details that have already been published by British and Australian media we learn that he was a victim of his own personality and also of the over-enthusiasm and lack of caution on the part of his handlers in Israel. Most infuriating is the fact that people who worked for the Australian Security Intelligence Organization (ASIO) purposely got the Mossad operative in hot water and indirectly contributed to his decision to commit suicide.

According to the details that have surfaced so far, Zygier and two of his colleagues, who were also born in Australia and held Australian citizenship, were recruited to Mossad at the beginning of the last decade. Continue Reading »

Yaalon condems left wing MKs who irresponsibly exposed the affair, says they knew they could have employed more discreet channels.

“We are a unique country in terms of our security situation,” Yaalon told Channel 2‘s Meet the Press.”

Asked why Zygier was arrested, he said, “Out of considerations of pikuach nefesh [the halakhic precept that refers to the saving of lives], we needed to take such a step.

Analysis: – A Case of Negligence & Tragedy

How does a ‘Prisoner X’ go from being an idealistic Zionist Jew to ending his life by suicide in Block 15 at Ayalon Prison?

Two words immediately come to mind in connection with the Ben Zygier-Alon-Allen affair: Tragedy and negligence. 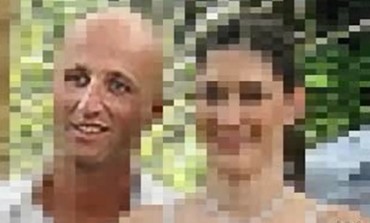 Ben Zygier at his wedding, captured from an image broadcast by ABC News. Photo: ABC Screenshot

Why tragedy? Because at the end of the day, we’re talking about a young, idealistic Australian Zionist Jew who left a comfortable life in a quiet Melbourne suburb and made aliya at the age of 19, joined the IDF, and then later the Mossad.