“Rest in peace President Shimon Peres, a man of war and a man of the still elusive peace in the Middle East,” Al Khalifa wrote on his Twitter account.

In the past, Al Khalifa voiced opinions condemning terror attacks against Israeli civilians. In November 2014, when a violent terror attack took place in a synagogue in Har Nof the foreign minister publicly voiced his opposition stating that it was unacceptable to attack innocent people.

“This is a nefarious act and the Israeli response will only add suffering to the Palestinian people,” he posted on his Twitter account at the time.

His condolences regarding Peres’s passing constitute the first official response from an Arab state. Hitherto, no official reaction has been published, including from Egypt and Jordan. Moreover, it is still unclear as to whether anyone will be attending his funeral on their behalf.

According to a report published on Wednesday in Al-Araby Al-Jadeed, an Arabic and English media forum in London, Egyptian Foreign Minister Sameh Shoukry, who visited Israel in July, will represent his country during the funeral rather than the Egyptian President Abdel Fattah al-Sisi. 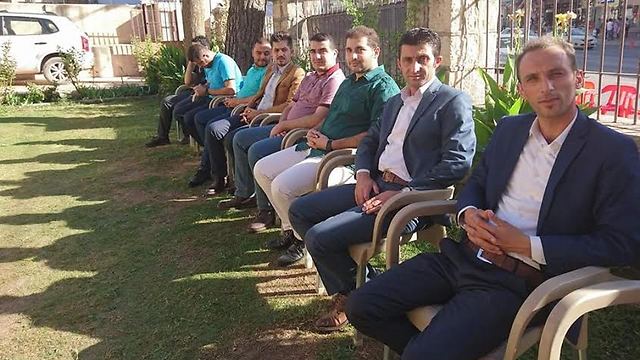 Moreover, on Wednesday, an Iraqi news site said that a handful of Kurds erected a tent of mourning in the city of Dohuk in Iraq, the capital of the Governorate in Kurdistan and part of Iraqi Kurdistan in order to mark Peres’s death. One of the people speaking to the Iraqi news site said Peres assisted the Kurdish people and that his passing was a big loss to the Kurdish people and supporters of peace in the world.