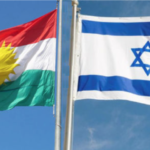 Since the 1960s, Israel has discreetly maintained intelligence, military and business cooperation with the Kurds, whose indigenous population is spread out between Syria, Iraq, Turkey and Iran – as a shared buffer against common adversaries.

Israel is assisting Syrian Kurds battered by a month-old Turkish incursion, seeing them as a counterweight to Iranian influence and advocating for them in talks with the United States, the deputy Israeli foreign minister said on Wednesday.

Kurdish population is spread out between Syria, Iraq, Turkey and Iran

Iraqi vice-president warns: Independent Kurdistan will be a ‘second Israel’ 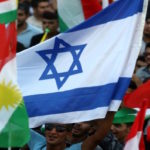 After the Jewish State became the only country to support a Kurdish referendum for independence in northern Iraq, Vice President Nuri al-Maliki’s office, released a statement,  “We will not allow the creation of a second Israel, in the north of Iraq.”

An Iraqi vice president warned Sunday that Baghdad would not tolerate the creation of “a second Israel” after the Jewish state became the only country to support a planned Kurdish independence referendum in northern Iraq.

The leaders of autonomous Iraqi Kurdistan must “call off the (September 25) referendum that is contrary to the constitution and does not serve the general interests of the Iraqi people, not even the particular interests of the Kurds”, said Vice President Nuri al-Maliki. Continue Reading »

“Rest in peace President Shimon Peres, a man of war and a man of the still elusive peace in the Middle East,” Al Khalifa wrote on his Twitter account. Continue Reading »