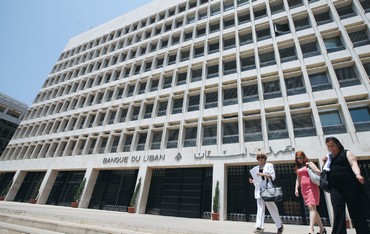 New York based United Against a Nuclear Iran (UANI) made public the results of a three-month, confidential investigation into the influence of Iran and Hezbollah on Lebanon’s banking system and its sovereign bond market. The group says Lebanon’s financial system – including Banque du Liban, the country’s central bank – is being used to funnel massive amounts of illicit cash from Hezbollah and its state sponsor, Iran.

Lebanon’s banks then use the laundered money to buy Lebanese sovereign debt, which has the effect of making the country appear far more financially stable than it actually is, UANI claims.

“In fact, the real picture of Lebanon and its sovereign backed securities reveals a fraud and market manipulation that is used by Hezbollah, Banque du Liban and the Lebanese banking system to continue money laundering on a massive scale,” he added.

The massive funds came from Hezbollah’s criminal activities and some also came from Syria, according to UANI.

Wallace said that the large majority of the illegal funds were laundered into the Lebanese banking system by front companies, Hezbollah supporters and Hezbollah Bayt al-Mal ‘(“House of Money”), a Hezbollah-controlled organization that carries out financial services for the terror group.

Iran also transacts funds through the Lebanese banking system to evade the effects of international sanctions, including the banking embargo, Wallace added. He told Salame that Teheran was directing increasing support to Hezbollah to evade sanctions pressure by ensuring its proxy’s stability.

In May, a US court ordered Iran to pay $44.6 million in damages to victims of Hezbollah’s 1983 US Marine barracks bombing in Beirut, after ruling that the Lebanese terror group carried out the attack with massive technological and material support from Iran.

FBI experts testified that at the time of the attack, the PETN explosives used in the bomb were only manufactured in bulk form in Iran.

Earlier this year, Salame told Wallace that the Lebanese Central Bank does not have anyrelationship with Iran’s Central Bank, Bank Markazi, and that there is only one Iranian bank, Bank Saderat Iran, in Lebanon. According to the US Treasury Department, which in 2007 designated Bank Saderat as a terror supporter, Iran uses the bank to transfer millions of dollars to several terror groups, including Hezbollah, Hamas and Palestinian Islamic Jihad.

Meanwhile, UANI say they have also written to Lebanese bondholders and international bond credit agencies, calling on the latter to issue a “no rating” for Lebanon. Lebanese sovereign debt is currently rated by Standard and Poor’s as B (highly speculative). Four financial firms – Austrian Erste-Sparinvest, Finnish bank Aktia, US-based Eaton Vance and Ameriprise Financial – have already divested from Lebanese debt securities, according to UANI.

UANI has also called for the US Treasury to designate Lebanon as a jurisdiction of primary money laundering concern under the Patriot Act, as it has previously done with Iran.

Last Wednesday, the US Treasury named four people and three companies it said are involved in laundering drug trafficking monies for Hezbollah-linked drug kingpin Ayman Joumaa. The Treasury also designated a Colombia- based individual, Ali Mohamad Saleh, as directing Hezbollah’s fundraising activities from business owners and residents in the Americas.

“The Joumaa network is a sophisticated multi-national money-laundering ring, which launders the proceeds of drug trafficking for the benefit of criminals and the terrorist group Hezbollah,” said under secretary for terrorism and financial intelligence David S. Cohen.