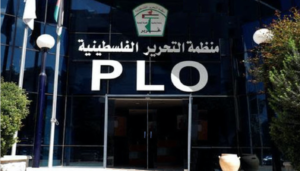 The Biden administration hopes to repair relations with the Palestinians after a sharp deterioration under former President Donald Trump, who closed the Palestine Liberation Organization’s Washington office in 2018 and cut millions of dollars in aid to the West Bank and Gaza Strip. 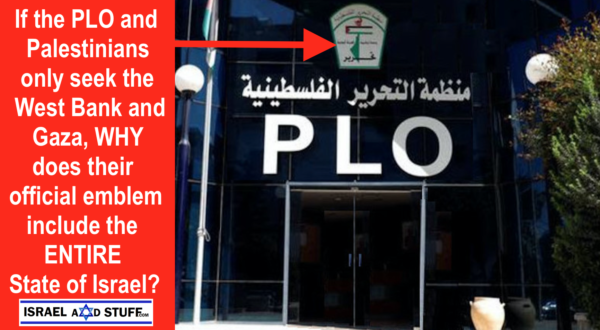 But under an anti-terror amendment passed by Congress and signed into law by Trump in 2019, the Palestinians would become liable for $655.5 million in financial penalties against them in US courts if they open an office in the United States.

There are also questions about how Biden will fulfill a pledge to resume economic aid to the Palestinians. The Taylor Force Act, passed by Congress in 2018, restricts some aid until the Palestinians end payments to people jailed by Israel over violent crimes, among other conditions.

The Taylor Force Act was enacted to end ‘Pay to Slay’ – the Palestinian policy of rewarding terrorists with lifetime monthly state-payed stipends, incrementally based on the number of Israeli Jews they murdered.

Speaking to the United Nations Security Council on Tuesday, Acting US envoy Richard Mills said Washington “intended to take steps to reopen diplomatic missions that were closed for the last US administration,” without giving a timeline.

The legal hurdles underscore the range of challenges Biden may face in restoring ties with the Palestinians and reversing actions taken by Trump, who overturned longtime US Middle East policy with a series of pro-Israel steps including ending US opposition to Israeli settlements in the West Bank.

Palestinians say his actions discredited the longtime US role as chief mediator in their conflict with Israel and further dimmed any chance of a peace deal envisaging a Palestinian state in Israeli-occupied territory.

Palestinian leaders have welcomed Biden’s pledges of rapprochement, but while he can reverse some measures through executive orders, others involve laws passed by Congress and are not as easily changed.

Asked for comment, a US State Department official told Reuters: “In administering aid, the Biden-Harris Administration will fully comply with US law including the Taylor Force Act.” 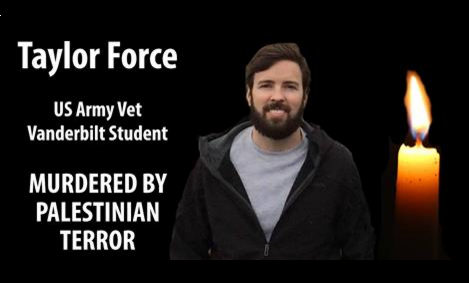 On Mar 8, 2016, Taylor Force, 29, of Lubbock, Texas, a graduate student at Vanderbilt University and a 2009 West Point graduate who served tours of duty in both Afghanistan & Iraq, was murdered in a random Palestinian stabbing/terror attack while on vacation near the Jaffa port in Israel. – The ‘Taylor Force Act’  was passed to end US financing that trickles down to reward Palestinian terror with lifetime monthly state-payed stipends.

The official did not comment on whether the Biden administration would look into working around the anti-terror amendment to help rebuild relations with the Palestinians.

Talks are ongoing with the administration and Congress about finding a “fix” to the amendment that would allow the PLO mission to reopen, an American legal adviser to the Palestinians said, adding that the Palestinians “don’t have the money to pay” the financial claims against them. 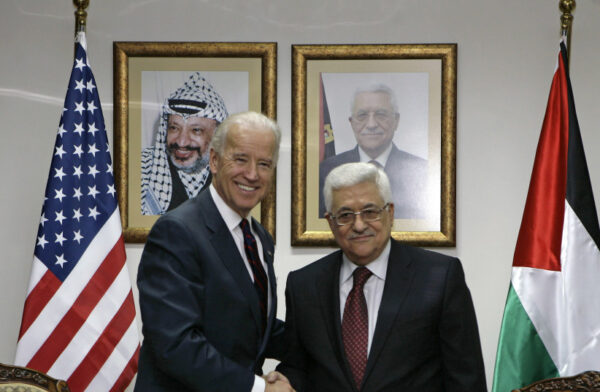 A Biden adviser told Reuters just before the Nov. 3 election that Biden would seek to reopen the PLO mission to Washington but added: “There is a law that could make that more challenging.”

The anti-terror amendment makes the Palestinians liable for the hefty financial penalty that a US jury awarded against them if they establish or maintain any facilities in the United States, conduct activity on behalf of the PLO or the Palestinian Authority, or make payments to Palestinians imprisoned over violent crimes against Americans, among other conditions.

The jury award stems from lawsuits by 11 American families who sought to hold the PA and PLO liable for shootings and bombings by between 2002 and 2004 in Jerusalem that killed 33 people, including several Americans.

Photo of terrorist attack, a bus bombing, one of a dozen before the Security Wall was constructed. This one at the Megiddo Junction, 2002 by the Palestinian Islamic Jihad terrorist organization. – Photo: IDF blog

Palestinian leaders have condemned the attacks and blamed them on rogue individuals.

But the US Supreme Court in 2018 refused to consider awarding those claims, upholding a lower court finding that there was no jurisdiction for attacks outside US territory.