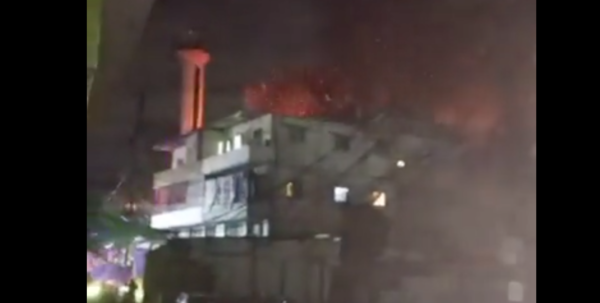 Videos circulating on Lebanese social media showing what is thought to be a massive explosion of a Hamas weapons depot near Tyre. pic.twitter.com/4pZ7NuTqZF

Hamas maintains a presence in a number of Palestinian camps in Lebanon.

A security source confirmed the explosion but did not provide further details, while a Palestinian source inside the camp said there may be casualties but numbers remained unclear.

The surrounding area had been evacuated and rescue crews had deployed, the Palestinian source said. 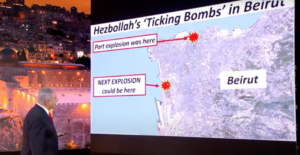 Videos from the scene shared by local media show a number of small bright red flashes above the southern city, followed by a large explosion and the sound of glass breaking.

A number of armed Palestinian factions, including Hamas and the Fatah Movement, hold effective control over roughly a dozen Palestinian camps in the country, which Lebanese authorities by custom do not enter.

UPDATE: Reported by Lebanon’s state-run National News Agency, a fire had started by a diesel tanker and spread to a nearby mosque controlled by the Palestinian militant group, Hamas.

The fire then triggered the explosions of weapons and/or munitions that were stored inside the mosque, according to the camp’s residents.

The storing of rockets, weapons and other munitions are commonly stored by Islamic militant groups in civilian neighborhoods, using their mosques, hospitals and schools.