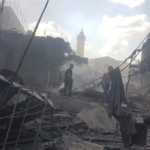 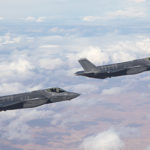 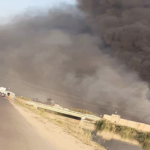 Intelligence website reports the explosion that killed 31 took place while Syrian soldiers and Shiite militias were handling a new weapons shipment from Iran that was most likely intended for Hezbollah.
– Damascus claims explosion an “accident.”

According to the report, the fatalities include Syrian soldiers and Shiite militiamen.

Syrian rebel media outlets report mysterious explosion at Hezbollah’s command center near Damascus as the terror group is reportedly positioning its forces in southern Syria to prepare for an attack on Israel, should current Persian Gulf/Iran tensions boil over.

Media outlets affiliated with rebel groups in Syria on Monday published photos purporting to show smoke rising from an attacked Hezbollah command center in the town of Yabrud, north of the capital Damascus.

The cause of the alleged blast was not immediately known, nor was it known if it resulted in any casualties. Official Syrian state news outlets ignored the event entirely. Continue Reading » 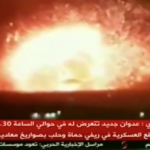 According to Syrian opposition media reports, the explosions were the result of an IDF air strike. Continue Reading » 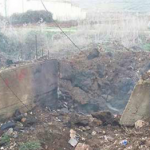 A member of the Hamas terror group’s military wing, it is unclear if Maqadmah was killed in a targeted killing, or in an accidental explosion while building a bomb. Continue Reading »

Israel Police find more that just drugs during a raid on a suspected drug lab, leading them to explode 10 tons of illegal fireworks in a quarry in the center of the country.

A raid on a drug lab in the center of the country yielded a storage container packed with roughly 10 tons of fireworks and other dangerous devices. Police decided to destroy the cache of illegal explosives and have now opened an investigation into the property owner.

Policeman tells of court order to destroy fireworks because of the danger from their improper storage in populated area. Continue Reading » 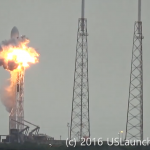 Tremendous explosion felt for miles around of an unmanned test rocket during a routine test destroyed the SpaceX launch site in Florida, which was supposed to carry an Israeli communications satellite over the weekend.

An explosion rocked a SpaceX launch site Thursday during a routine rocket test. SpaceX was conducting a test firing of its unmanned rocket when the blast occurred shortly after 9am, according to NASA. The test was in advance of a planned Saturday launch from Cape Canaveral Air Force Station, which is next to NASA’s Kennedy Space Center.