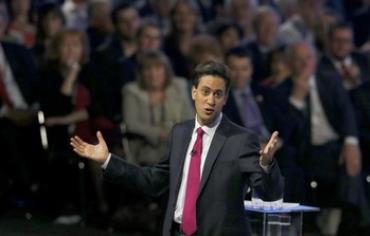 At their annual conference held in the south coast resort of Brighton last week, they voted to support two hostile- to-Israel resolutions, including one that actively supports the BDS policy promoted by the Palestine Solidarity Campaign.

The union, which claims a membership of around 1.3 million, overwhelmingly carried two pro-Palestinian resolutions, while clearly rejecting a pro-Israeli motion. The third motion, from the Bank of England branch, proposed greater co-operation between UNITE and the Histradut by way of constructive dialogue and support for the Israeli union movement.

The main pro-Palestinian resolution calls for raising awareness, building support, campaigning, and lobbying for “a free and independent Palestine” by highlighting the suffering of Palestinians in Gaza, the West Bank, and Israel itself.

A key section of the resolution instructs the union to work with others to develop campaigning and a “leverage strategy” around the BDS movement, including tackling “complicit companies” involved in the “occupation,” the “apartheid wall,” and “illegal settlements” “through workforce pressure, contracts, and pension funds,” while encouraging members to call on supermarkets and retailers “to stop using companies that export goods from illegal settlements.”

The union is also urged to raise the issue and table motions “in support of BDS” in other trades union forums around the world.

However, this flies in the face of Miliband who, after his pre Passover visit to Israel, told Labor Friends of Israel’s annual lunch not three weeks ago that, as far as he is concerned, nothing but nothing should get in the way of peace.

And it was in that context that he added, “We are clear that the threat of boycotts of Israel is the wrong response.

We do and we will resolutely oppose the isolation of Israel. And my party does so.”

While it was not the first time he indicated his view, he had not said so as explicitly as on this occasion.

However, complicating the issue was the decision announced at the beginning of last week that UNITE was to give the opposition Labor Party a further £12 million of much needed funding in preparation for the May 2015 general election.

The ruling Conservative Party leadership rubbed their hands with glee as they pointed to the prospect of the left-leaning union’s boss Len McClusky having more influence over Labor Party policy because of the sponsorship. This is something that Miliband has been trying to deny and break away from since he won the election to become party leader in September 2010.

A senior Labor Party source told The Jerusalem Post Saturday night that Miliband is the party leader and what he says is party policy and nothing that UNITE discusses at its party conference will change that simple fact.

A Labor Party representative added: “Ed Miliband made both his and the Labor Party’s position on this clear at a recent Labor Friends of Israel event.