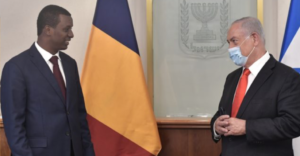 “At the request of Minister Cohen, General Déby responded positively to advancing the establishment of an official representative office of Chad in Jerusalem,” a statement from the Intelligence Ministry said.

Israel PM Netanyahu met today with Abdelkerim Deby Chad
cabinet chairman and Chad’s intelligence chief: discussed with them the appointment of ambassadors and the opening of missions, including the possibility of opening an embassy in Jerusalem. >> pic.twitter.com/AQzan0Wffe

“Tightening relations between Israel and Chad is in the shared interest of the two countries, both in terms of security and economics,” Cohen said.

The two sides “discussed the appointment of ambassadors and the opening of representations, including the possibility of opening an embassy in Jerusalem. They also discussed strengthening bilateral cooperation in a range of areas including the war on terrorism, cyber, water and agriculture. ” it said.

“The most important thing is give my warmest regards to your father and to the people of Chad. I mentioned our relations in the discussions about beginning peace with the Emirates. I mention it and I want to do more than mention it. I want to be able to advance it even further. So welcome. It’s good to see you,” Netanyahu told Déby in the meeting.

According to Cohen’s office, the delegation lauded Israel’s recent normalization with the United Arab Emirates. 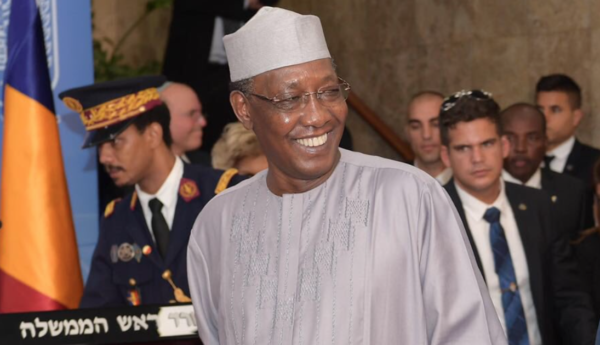 In January 2019, Netanyahu made a joint announcement with Déby’s father, President Idriss Déby, stating the resumption of relations between the two countries. Late Libyan dictator Muammar Gaddafi strong-armed Chad into cutting ties with Israel in the 1970s.