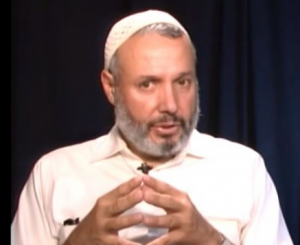 Olam Katan (Small World) is one of many religious newsletters distributed in synagogues throughout Israel each Friday. It is the last place one would expect to find an interview with Yale University alumnus Sheikh Omer Salem who visited Israel last week. Salem’s December 26 lecture in Haifa University was heckled by an Israeli Arab student who just couldn’t stand a sheikh speaking on behalf of Israel.

Sheikh Salem, a PhD graduate of Al Azhar University in Cairo has just published his book The Missing Peace: The Role of Religion in the Arab-Israeli Conflict.

Following are excerpts from the sheikh’s interview:

“Everything I say is based on the Quran. I wasn’t poisoned by political Islam. A lot of money is invested to advance the anti-Israel position. One needs to understand that much of what is said is politics, not Quran. Anyone following the Quran will be kind to you and will not tell you [Jews] to leave the Land.”

Concerning the infidels loathed by Muslims, Salem distinguishes between religious and secular Jews.

“There are Jewish infidels, those who mock the Law of Moses, may he rest in peace, and concerning them Surah 5 says ‘they turn away [from the Torah] hence they are not believers’. There are, however, Jewish believers with whom Islam has no problem. Surah 3 says that there is ‘a party of the people of the Scripture [who] stand for the right, they recite the Verses of Allah during the hours of the night, prostrating themselves in prayer.’ The Quran praises the Jews for obeying the Torah.“

Concerning the right of the Jews to live in Israel, Salem admits that this is a difficult question, but, he says, Jews should obey the Torah wherever they are.

“[If your ways are pleasing to Allah], even your enemies will become your lovers. Remember that you are the chosen people. You may doubt that Islam appreciates and respects the Jews, but when Muslims ruled the world they were the protectors of the Jews. My vision is to restore this attitude. I want to say to my Muslim brothers and sisters: You are not the enemies of the Jews, you are their protectors.”

“For two thousand years Christians have taught that Jews killed Jesus, that Jews are from the devil, and until today there are churches holding this theology.“

The one thing that seems to irritate the Sheikh is the Temple Mount.

“The Jews can pray peacefully on the Mount [but they need to be patient]. You will get the Temple Mount, but that needs to happen in stages. Muslims will agree to remove the mosque, but it must be initiated by the Muslims. If Jews try to do it there will be great bloodshed. When it [the removal of the mosque] will happen it will be a gift from Allah. He is the one who will turn the hearts of the Muslims.“