The UAE cleric also accused the late Israeli president and prime minister Shimon Peres, of controlling Al-Jazeera by working ‘hand in hand’ with the Qatar-based network.

Prominent United Arab Emirates cleric, Wassim Yousuf, slammed the Qatar-based news outlet Al-Jazeera in a TV interview last month, accusing it of being supported by Israel and a “weapon of the Jews.”

The statement comes amid a diplomatic crisis with Qatar and Arab Gulf states, who shut-down the network following a total blockade of the country for its alleged ties with extremists.

In the latest string of accusations against the news outlet, Yousuf claimed on Abu Dhabi TV that Al-Jazeera was being controlled by Israel, and more specifically worked “hand in hand” with Israel’s late president and former Prime Minister Shimon Peres, reported the Times of Israel on Saturday. Continue Reading » 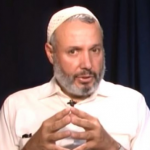 Olam Katan (Small World) is one of many religious newsletters distributed in synagogues throughout Israel each Friday. It is the last place one would expect to find an interview with Yale University alumnus Sheikh Omer Salem who visited Israel last week. Salem’s December 26 lecture in Haifa University was heckled by an Israeli Arab student who just couldn’t stand a sheikh speaking on behalf of Israel. Continue Reading » 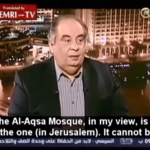 An Egyptian philosopher and expert on  Arabic and Islamic studies,  Ziedan sat in the Egyptian CBC studios and explained at length to his host why, in his opinion, Muslim claims over al-Aksa mosque in Jerusalem are baseless. The CBC interviewer, Khairy Ramadan, challenged Zieden while taking in his words eagerly. Continue Reading » 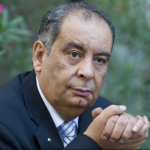 Renowned Egyptian scholar Youssef Ziedan, a specialist in Arabic and Islamic studies, has given a series of interviews to Egyptian television stations of late, the purpose of which appears to be to anger his Muslim colleagues.

His main point has been to say that there is actually no connection between Jerusalem and ancient Islam. When Islam was founded during the 7th century, he says, Jerusalem was a holy city to the Jews, while the Mosque of Omar was not even built until 74 years after Muhammed’s death.
Continue Reading »
Category: Israel News | Tags: Islam, Muslim cleric, Temple Mount
israelandstuffcom | February 10, 2015
One comment

By By TAMARA ZIEVE

A Shi’ite Lebanese cleric has extended an olive branch to Jewish and Christian leaders around the world with a message of non-violence.

Sayyed Muhammad Ali Husseini, secretary general of the Arabic Islamic Council, took to Facebook on Sunday to warn of the dangers of religious extremism.

“We call on rabbis, priests, cardinals and Muslim clerics, Sunni and Shia, to play down the verses, the scriptures, the traditions and the religious texts that call for violence, because they are more dangerous than nuclear weapons,” he wrote at the beginning of a long message. Continue Reading »

A prominent Jordanian Muslim cleric last week said that Jews should be permitted to pray atop Jerusalem’s Temple Mount, which is Judaism’s holiest site. Though the holy site is currently under Israeli sovereignty, Jews and Christians are strictly prohibited from even mouthing silent prayers while visiting.

Like most Jews and many Christians, Sheikh Yassin Al-’Ajlouni ascertained that control of the Temple Mount is “the most important issue of our times,” but said he saw no problem in permitting Jews to pray there.

Muslim Scholar: The Qur’an Says that the ‘Holy Land’ Belongs to Israel

The Qur’an expressly recognizes that Jerusalem plays the same role for Jews that Mecca has for Muslims. True Muslims must admit that there is no real link between al-Mi’raj and sovereign rights over Jerusalem, since the city was not under Islamic but under Byzantine administration.

Any discussion of the problem of sovereignty over Jerusalem necessarily means involvement in a kind of investigation that has political, cultural, psychological and religious implications. For Jew or Muslim, religious or secular, thinking of Jerusalem means to feel reason and sentiment mingled together. Continue Reading »