The Iranian-made Hezbollah drone shot down over the Negev last week beamed back “images of secret Israeli military sites” and images of the preparations of the joint Israel-US military exercise, the Sunday Times reported.

The British publication’s Tel Aviv-based correspondent Uzi Mahnaimi said that the drone was airborne for three hours before it was intercepted, and was able to relay “images of ballistic missile sites, main airfields and possibly the Dimona reactor.”

The aircraft, according to Mahnaimi, was apparently the Shahed-129, introduced in Iran in September. 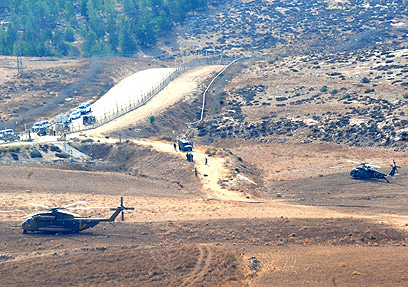 Tehran claims its newest drone has a range of up to 1,200 miles and flight duration of 24 hours, as well as fire power.

The report also mentions a detail first reported by Yedioth Ahronoth, saying that the first interception attempt failed and that the drone was shot down at a second attempt.

Mahnaimi further cited an Israeli defense source saying, “How could we defend this country from thousands of rockets and missiles if we can’t block a single Iranian drone?”

Hezbollah officially claimed responsibility for the drone mission on Thursday.

Prime Minister Benjamin Netanyahu said Thursday that Israel is “Determined to protect our borders on land, in the air and at sea, as we did when we intercepted Hezbollah’s attempt to send a drone into our airspace.”

Lebanese Foreign Minister Adnan Mansour said Sunday that sending the Hezbollah drone into Israeli airspace was not in violation of UN Resolution 1701, which means to anchor the Israel-Lebanon ceasefire.

Mansour was quoted by the Lebanese website Nahar.net as saying that Israel “has violated the resolution tens of thousands of times… Hezbollah’s unmanned drone that flew over Israel recently does not violate the resolution.” 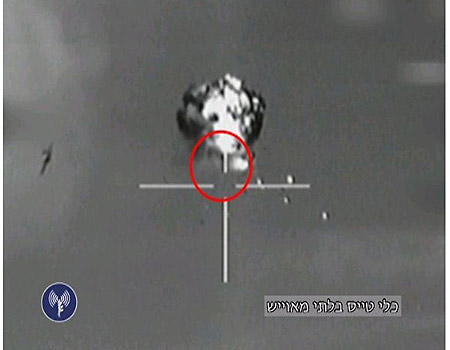 “Lebanon will definitely assume responsibility for Hezbollah’s recent action because the country in a confrontation with Israel,” he added.

“This is not about Hezbollah, but about an ongoing Israeli violation against Lebanon through its occupation of Lebanese territories.”

“It is as if the party is saying that since Israel is capable of violating the resolution, then so can we… It is time for Israel to halt its provocations,” Mansour told the website.

“Israel has no excuse to retaliate to Hezbollah’s action because it is constantly practicing aggression against Lebanon,” he said.

“The United Nations has never held Israel responsible for its violations,” he concluded.