Egyptian special forces tracked and arrested a terrorist cell which had used tunnels to cross from Gaza into the Sinai Peninsula, Ma’ariv reported on Saturday. The 15 militants arrested belong to the Islamic State in Iraq and Syria (ISIS). 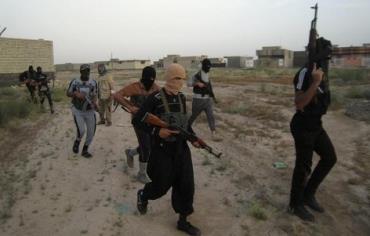 Further interrogation of the cell by Egyptian forces revealed that the group’s intent was to relay messages and set up terrorist cells for the ISIS in Egypt, to fight the Egyptian government.

For its part, the Gaza Interior Ministry rejected the claims by Egyptian security sources that the militants crossed into Sinai from Gaza.

Gaza Interior Ministry Spokesman Ayabad al-Bazam, wrote in his Facebook page that the claims were “lies and inventions aimed to damaging the Gaza Strip.”

“All tunnels between Gaza and Egypt have been completely closed, there are no more tunnels since the Egyptian army destroyed them,” he added saying that, “Gaza’s borders are subject to strict regulation by the Palestinian National Security Forces, who allow for no breach in security.

The spokesman also emphasized that ISIS is not active in Gaza and that the active militant organizations in the strip are well known to everyone.