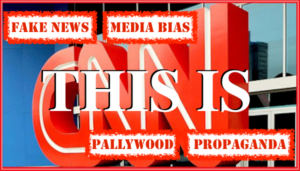 The Israel Defense Forces declined to comment on the strike.

Earlier on Monday, a U.S. military spokesman denied that the coalition was responsible for the deadly attack on the town of Al-Bukamal near the border.

A commander in the military alliance backing Syrian President Bashar Assad told Reuters that drones, “probably American,” had bombed positions of Iraqi factions between the border towns of Al-Bukamal and Al-Tanf and Syrian military positions.

According to CNN, Sunday’s strike was very different from the operations normally attributed to Israel. Israeli jets would have had to “overcome significant logistical hurdles” to strike that area, CNN said.

Reported on Israel’s TV News: Israel’s F-35 Adir was photographed flying over Beirut completely unnoticed. There must have been TWO… someone took this picture. – Screenshot: Israel’s TV NEWS

“Generally, strikes by Israel occur in the western region of Syria, principally in the area around Damascus and Homs. … This attack in eastern Syria is hundreds of miles away from that area, and the target – pro-regime forces – differs from what would be Israel’s usual mark, namely Iranian military positions,” the CNN report said.

The attack comes at a sensitive time. Last week, Israel Hayom reported that Russian President Vladimir Putin had recently delivered a message to other countries in the region to avoid any escalation in Syria in the coming weeks.

Putin’s message came as the Assad regime was preparing to retake the remaining rebel-controlled enclaves in the country’s south.

Hangers on Iranian base in Syria – Photo-ImageSat International: Fox News

In Sunday’s weekly cabinet meeting, Prime Minister Benjamin Netanyahu recounted his recent conversations with Putin and with U.S. Secretary of State Mike Pompeo on the situation in Syria.

“I reiterated that we will take action – and are already taking action – against efforts to establish a military presence by Iran and its proxies in Syria both close to the border and deep inside Syria. We will act against these efforts anywhere in Syria,” Netanyahu told his cabinet.

On Friday, Putin and Netanyahu spoke by phone and agreed to boost Israeli-Russian coordination in Syria, the Kremlin said.

Syrian troops and allied militias, backed by Russian airstrikes, have been conducting operations west of the Euphrates River, while the U.S.-backed Syrian Democratic Forces, a Kurdish-led militia, is operating on the eastern banks. The U.S.-led coalition has struck pro-government forces in the past when they have tried to cross the river. The overnight attacks took place on the western side.

Last week, Assad said he regarded the U.S. as an occupying power in Syria and that his policy was to “support any act of resistance, whether against terrorists or against occupying forces, regardless of their nationality.”

On Thursday, Washington said it would take “firm and appropriate measures” in response to Syrian government violations in a so-called de-escalation zone in the southwest of the country.

The southwest of Syria, bordering Jordan and Israel, is one of the remaining parts of the country still outside the control of the state after seven years of conflict.