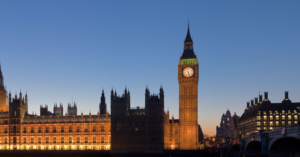 It goes on to claim that the British military ordered the clock tower dismantled. Then the “British moved the clock first to a new tower across from the municipality of Jerusalem, and transferred it to the British Museum in London, to become the famous British icon, ‘Big Ben.’ ” 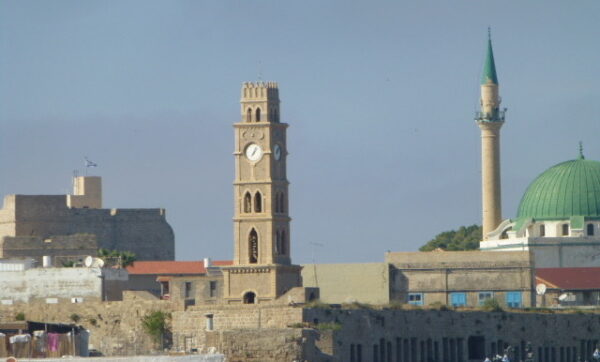 How did Big Ben, which was built in 1859, become a Muslim clock tower from the 20th century?

There are some other slight differences between London’s Big Ben and the “stolen clock,” such as the fact that Big Ben is 316 feet tall while the “Palestinian” clock tower was only 42 feet.

There’s no more of a Palestinian people who were dispossessed by the Jews than Big Ben is a stolen Palestinian clock. Both are fake history built out of resentment and garbled stories whose context has been lost, but the hatred behind which remains real.

There were never any Palestinians. When the clock was built the region was part of the Ottoman Empire, the last Caliphate until Islamic State. The caliphates had settled it with Arab Muslim clans who dominated Christian refugees fleeing Muslim persecution, along with groups of other minorities from escaped slaves to gypsies, along with the indigenous Jewish population.

The Ottomans had become obsessed with clock towers as a symbol of their empire. But the Ottomans hadn’t invented them, they had adopted them from Europe, and planted them in major cities of the empire to create a common sense of time and belonging for their subjects.

Sultan Abdul Hamid II, the last real sultan of the empire, obsessively erected clock towers to show off how modern the Ottoman Empire was. But by then the empire was anything but modern and Hamid’s clock-tower craze was powered by his German allies. Kaiser Wilhelm II gave Hamid a batch of clocks at the turn of the century which the Turks put into clock towers.

The Ottoman Empire erected some of its clock towers in Israel. These clock towers utilized the talents and funds of the indigenous Jewish and the Arab Muslim settler population. The clock tower projects in Israel began in 1901, which is also the date when Wilhelm sent Hamid a whole bunch of clocks. One of these clocks was stuck on Jerusalem’s Jaffa Gate, which Hamid had previously cut a hole in so that the Kaiser could enter Jerusalem in his tall, plumed helmet.

The relationship between Germany and the Ottoman Empire destroyed the remnants of the “Sick Man of Europe” by dragging it into World War I and allowing the British to claim the region.

And the British decided to get rid of the eyesore of the Jaffa Gate clock tower by moving it.

The Ottoman’s Jaffa Gate clock tower in the Old City of Jerusalem before it was demolished by the British in 1922.

The Jaffa Gate clock tower, built out of white limestone, would have looked nice in the town square of some British village. The British objection to it was that it was very European and didn’t belong in the biblical setting of Jaffa Gate. They weren’t repressing a brilliant example of Islamic architecture, but a mediocre Islamic imitation of European architecture.

Critics at the time called it “that damned German tower.”

Older Ottoman clock towers were styled after minarets. The clock towers in Israel looked European. Paradoxically, the British got rid of the Jaffa Gate clock because it wasn’t “oriental” enough for their taste. They were trying to protect the traditional architectural character of the region, only to be accused by the Muslim leaders in Jerusalem, who saw the clock tower as a symbol of their accomplishment, of stealing their clock because its glory put Big Ben to shame.

The clock likely used a German mechanism styled after European clock towers and was a project of the Ottoman Empire. Not of any imaginary “Palestine.”

Some saner Palestinian revisionist history diatribes shy away from claiming that Big Ben is the actual clock tower from Jaffa Gate. They claim that only the mechanism from the stolen clock was used for Big Ben.

But if the British had wanted a German clock mechanism, they would have bought one. And the clock tower the Ottomans built in Jaffa (not to be confused with the Jaffa Gate tower in Jerusalem) utilized the services of a Jewish clockmaker, Moritz Schoenberg. 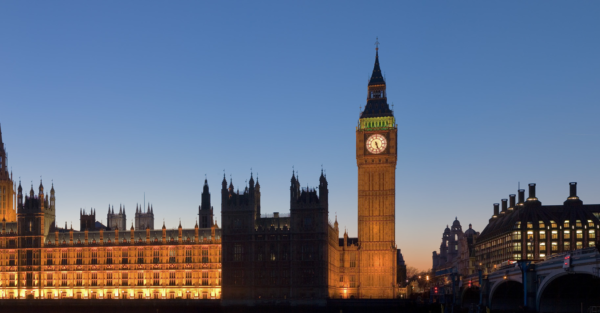 Big Ben’s clock mechanism was genuinely revolutionary, and the challenges of running giant clocks at hundreds of feet in freezing weather are very different from those involved in the modest clock towers plopped down by the Ottomans for the Sultan’s 25th anniversary. Transplanting the mechanism from the Jaffa Gate clock to Big Ben would have been disastrous.

And yet the myth of the “Palestinian clock”—the incredible work of genius that the British coveted so much that they turned it into Big Ben—nurtures a resentment built on fake history.

“Palestine” is a German clock installed by the Ottoman Empire and transposed to London.

It’s the delusions of the former elite of a fallen Islamic empire passing down garbled resentments, spinning them into conspiracy theories and building an identity around them. But when you research the claims they collapse into myths, legends and fairy tales. 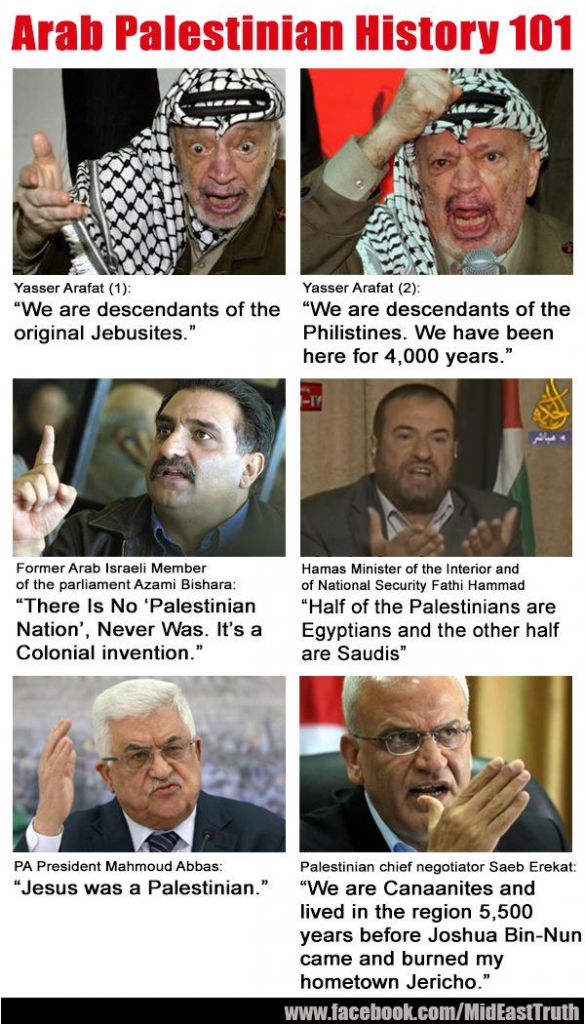 There was never a Palestinian nation or a people. There were influential clans, like the Husseini clan, whose members included “Hitler’s mufti,” Hajj Amin al-Husseini, and Yasser Arafat. Who despite not being descended from the Caananites, let alone the Philistines, came over from Egypt. Even after spending a generation trying to wipe out the indigenous Jewish population, when the revolution came and Israel won its independence, they were not driven out in a nakba, a “catastrophe.”

They left ahead of invading Islamic armies that they expected would wipe out the Jewish population. And when that didn’t happen, they claimed to be an exiled “Palestinian” people.

Now their descendants, recalling family legends, have built up a story of a glorious Islamic clock that was stolen by the infidels and passed off as Big Ben. One day they’ll reclaim Big Ben and stick it on the Jaffa Gate again and take over all of Jerusalem. Meanwhile, the Israelis have been caring for the remaining Ottoman clocks. The entire set, including the banished Jaffa Gate clock, has shown up on Israeli postage stamps. The Ottoman plaques with their praises of Allah have been left alone, though other plaques praising God were sometimes added.

Where the Arab Islamic elites made it their practice to destroy and defile Jewish synagogues, cemeteries and holy sites, the Israelis have preserved the legacy of Arab Islamic colonialism, along with the legacies of Greek, Roman, Crusader and British colonial rule in Israel.

When the land actually belongs to you, there’s no need to revise and erase its history.

The “Palestine” myth compounds resentment with insecurity. The Ottoman Empire could be brutal and backward, but it accomplished something. All the Arab Islamic military colonists who built up dynasties under its shadow in backwaters like Israel have is someone else’s clock.

They traded their own shameful history as the camp followers of caliphates, pillagers and colonizers of someone else’s land for an even more pathetic imaginary history as the “Palestinians.” They insist that as the Palestinian people, they are the true indigenous population of Israel, even though they arrived there thousands of years after the fact.

Palestine was the name given to Israel by its Roman occupiers. The Romans associated the area with the Philistines: the sea peoples who had come from the Aegean to colonize it.

The “Palestinian” people have spent two generations claiming to be the original indigenous population because they’re using the name of a European people, given to it by a European empire. Anyone that hopelessly ignorant might as well claim that Big Ben is part of Palestine.

When your entire history is fake, you can believe anything. 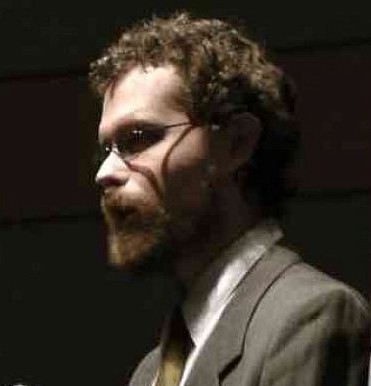 Daniel Greenfield, a Shillman Journalism Fellow at the Freedom Center, is an investigative journalist and writer focusing on the radical left and Islamic terrorism

This article was first published by FrontPage Magazine