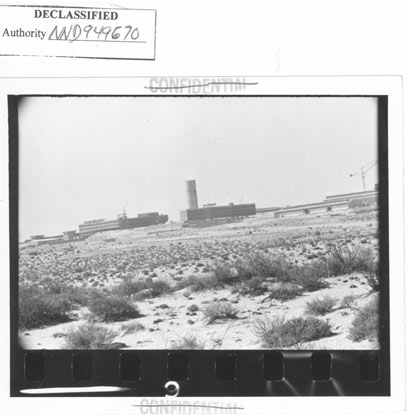 The guests saw images of the reactors’ establishment in the 1950s, as now-President Shimon Peres‘s personal project when he was the director-general of the Defense Ministry; they heard about its development in the 60s under the supervision of then-Deputy Defense Minister Peres; they learned about the challenges that the reactor overcame against a wave of international criticism in the 80’s, supported by then-Prime Minister Peres.

But when the crowd stepped out of the museum and took their seats at the ceremony marking 50 years to the reactor, they couldn’t help but notice that one important guest was missing

The president, who considers the reactor to be the jewel in the crown of his public work, didn’t merit a seat at the ceremony, and it wasn’t because he’s a politician. Prime Minister Benjamin Netanyahu was there, as was Minister of Intelligence Yuval Steinitz. Former ministers Dan Meridor and Meir Sheetrit also rsvp’d in favor.

Members of the Atomic Energy Committee wanted to invite Peres and honor him on his part of helping build Israel‘s nuclear capabilities, but somewhere above their heads the invitation was tossed and the Presidential Residence never knew about the event.

Despite his absence, his name appeared time and time again on the big screen at the ceremony.

Those attended the event called it a “scandal,” saying it was ridiculous not to invite the man who founded the place.

“Peres was in every video, every picture and in all the speeches. Everyone asked how is it possible that he wasn’t invited? A lot of people didn’t feel too comfortable,” one attendee said.

The President’s Residence preferred not to comment on his absence.

The Atomic Energy Committee said in response that Peres had already marked the 50th year anniversary of the nuclear center.

“The president visited the Negev Nuclear Research Center a couple of months ago for a ceremonial event marking the center’s 50th anniversary. The committee appreciates Peres’s contribution to the nuclear project. This week’s event included the reactor’s workers, and the prime minister was invited, who is also the appointed officer.”