Three Israelis were charged Monday with smuggling goods into the Gaza Strip, including materials used by Hamas to rehabilitate its tunnel operation in the wake of Operation Protective Edge last summer. During questioning, the three claimed that they had been trying to make a living. 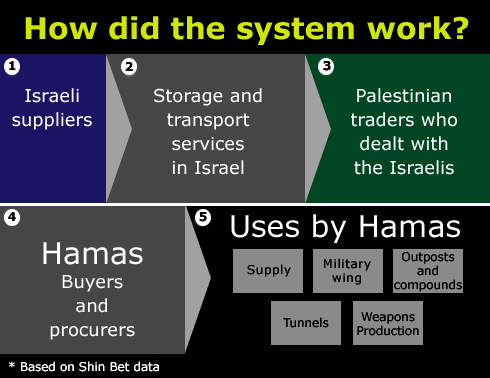 The materials transferred by the three, one a resident of the Gaza border area, included iron, electronic equipment and other prohibited items. Police officers from the central region arrested the three men – Michael Peretz from Eshkol Regional Council, Yoram Alon from Tel Aviv and a third man from the Sharon region whose name is still under gag order – during an undercover investigation after suspicions arose that the three had made contact with a businessman with links to Hamas.

Alon and the unnamed third man had been warned by the Defense Ministry that a resident of Gaza with who they were in contact had an association with the terrorist group. Despite the warning, the two started working with him, using various shell companies to cover their tracks.

They allegedly built their business infrastructure through banks in the West Bank in order to create an image of innocent-appearing merchandise. The merchandise was apparently interspersed with other contents which were allowed entry into Gaza. The shell companies transferred the goods to the contact from Gaza, who then put it into the hands of the terrorist organizations. 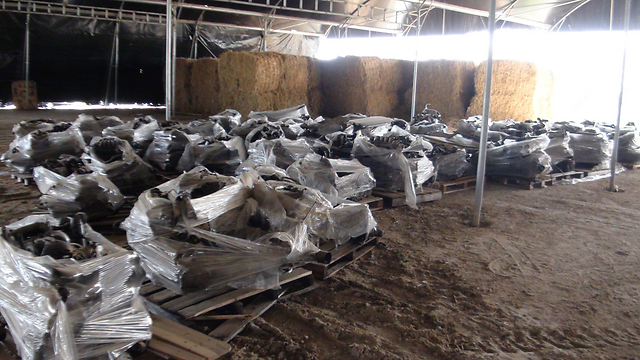 Peretz was the conduit into Gaza. For several years he dealt with the transfer of goods into the Strip, and banned shipments were allegedly hidden in warehouses rented for this purpose. The Shin Bet said at least the Israelis had been paid at least $375,000.

Officers of the police central district said they were surprised during the investigation at the openness of the suspects, who admitted to having transferred the goods for financial gain. According to the indictment, the goods came from Ashdod or warehouses in central Israel, and received by the third defendant, at which point they were unloaded, sorted and reloaded, and then sent through the Kerem Shalom crossing into Gaza.

Despite claiming during their investigation that they only wanted to make a living, none of the three apparently had a cash flow problem. The police, in cooperation with the Tax Authority, partially froze the suspects’ bank accounts, one of which had a balance of more than NIS 1 million. In addition, police impounded a Mercedes worth more than a million shekels that belonged to one of the metal factories. And in the second half of 2014, the income from the transfer of goods came to several million shekels.

A statement issued by the Shin Bet said that charges had also brought against six Palestinians from the Gaza Strip, one a resident of Khan Yunis and others residents of Gaza City.

“In recent weeks we uncovered a well-oiled operation by Hamas to procure and smuggle resources and materials used to develop its military capabilities in Gaza,” the statement said.

“The investigation into the affair showed that with this infrastructure, Hamas procured and brought into Gaza via Kerem Shalom thousands of tons of raw materials and resources used in military installations, tunnels, training facilities and weapon manufacturing in the Gaza Strip.”

Zion Amir, lawyer for the unnamed Israeli, said his client denied the charges. There was no immediate reaction from the other defendants or Hamas.