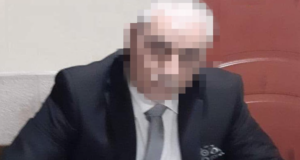 Yahya was indicted two weeks ago at Lod District Court for committing a series of security offenses including having ties to Iranian foreign agents and intention to commit treason.

The Shin Ben security service said the Israeli national was allegedly recruited by the Islamic Republic to commit espionage and carry out attacks on Israeli targets.

According to the first charge brought against him, Yahya was in contact via Facebook with a Lebanese national named Khaled Yamani, in 2018-2019.

The two met in Denmark in April 2018 and again in Paris in September of the same year, when Yamani allegedly revealed he was working for Iranian Intelligence, which was interested in recruiting the Israeli.

Yamani is then said to have supplied the Israeli citizen with an encryption device, trained him in its use and instructed the man to contact his Iranian handlers. But the accused spy was unable to operate the device.

According to the second charge, the Israeli traveled to Hungary in February 2020, where with Yamani’s mediation he had three meetings with two men who identified themselves as Iranian intelligence operatives.

The indictment states that these meetings discussed several subjects, including the Israeli’s intention to assist Iran by relaying information on Israeli security, politics, society and media.