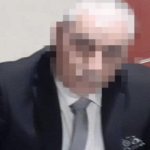 Following hours of the intensive nationwide search for soldier, Eliezer Ashkenazi (ז״ל), the IDF announced they’ve launched an investigation on his disappearance and subsequent death, adding a gag order has been placed on details surrounding his death.

The body of an Israeli soldier who was missing for over 24 hours was found on Monday morning in central Israel, the army said.

“The soldier has been found without any sign of life in the center of the country,” said the IDF Spokesperson’s Unit in a statement, adding that his family has been informed.

“IDF’s Military Police Corps opened an investigation into the circumstances of the incident.” Continue Reading »