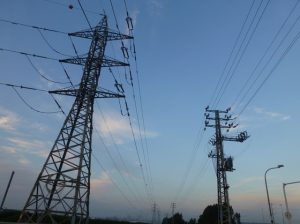 As part of the ongoing power struggle between Hamas and the Palestinian Authority, Abbas decides to reduce the financial support the PA pays for electricity sent to Gaza, leading the Israel Electric Corporation to cut over a quarter of electricity it provides to Gaza.

In two weeks’ time, Israel will cut over a quarter of the electricity it provides the Gaza Strip, the Coordinator of Government Activities in the Territories (COGAT) announced Thursday.

Every month, Israel provides the Gaza Strip with 125 megawatts of electricity, which costs NIS 40 million on average. Israel takes that sum out of the tax money it collects for the Palestinian Authority.Two months ago, the PA decided to stop paying that sum due to a power struggle with the Hamas government. The PA had demanded control over the Gaza Strip, including control over border crossings, as well as to receive the taxes Hamas collects from Palestinians in Gaza for services the PA provides.

Hamas rejected these demands outright, leading Palestinian President Mahmoud Abbas to gradually cut down on the services the PA provides the strip for as long as it has no control over the enclave.Hamas, meanwhile, formed a committee to govern the Gaza Strip instead of the Palestinian unity government that sits in Ramallah, which Hamas claims does not take care of the strip’s needs.

At first, the PA informed COGAT it was no longer willing to pay for Gaza’s electricity. However it has recently softened its position, telling COGAT that starting next month it will pay NIS 25-30 million every month instead of NIS 40 million.

As a result, Israel has decided to reduce the electricity it provides the strip accordingly.

“Hamas prefers its own interests and those of its senior members,” said GOCAT, Maj. Gen. Yoav Mordechai. “Every tunnel in the Gaza Strip has a generator, and only after that do the people get electricity. This failure is not ours. This is a conflict between Hamas and the PA. If Hamas decides the electricity will go to hospitals and civilians instead of Hamas members and Yahya Sinwar, the public in the Gaza Strip won’t have a problem.”

Because of the electricity crisis in the strip, an average Palestinian home gets about six hours of electricity per day.