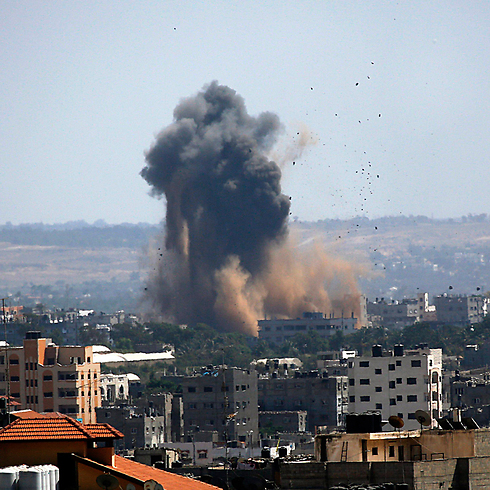 The eight-day assault has caused massive damage to infrastructure and destroyed at least 560 homes, the UN Relief and Works Agency for Palestine refugees (UNRWA) said.

“Within days, the entire population of the Strip may be desperately short of water,” Jacques de Maio, head of the International Committee of the Red Cross (ICRC) delegation in Israel and the occupied territories, said in a statement.

If hostilities continue, just as temperatures soar in the region, “the question is not if but when an already beleaguered population will face an acute water crisis”, he said.

Several municipal water engineers have been killed in the conflict and Gaza’s water service provider has suspended all field operations until the safety of its staff can be guaranteed, according to the ICRC, an independent aid agency whose teams have helped with emergency repairs.

“Water is a problem and it can quickly turn into a catastrophe,” ICRC spokeswoman Nada Doumani told a news briefing.

At least 184 Palestinians, most of them civilians, have been killed in the fighting, the worst flare-up in two years. The stated purpose of Israel’s bombing is quieting cross-border rocket fire from Hamas militants fired into southern Israel.

UNRWA said the destruction compounded the effects of eight years of Israel’s blockade of the enclave. 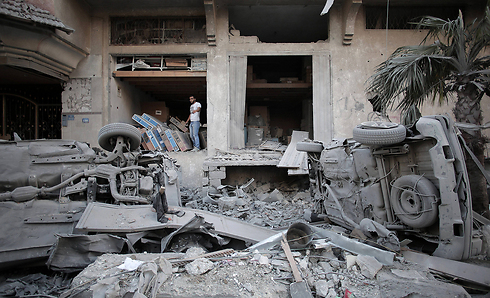 Officials say that the destruction of Gaza infrastructure has resulted in the closing of water treatment plants until owners can guarantee worker security. – Photo: AP

“The water and sewage network is barely functioning, and with the sustained bombardment of the past 8 days, it’s as good as destroyed,” UNRWA spokesman Sami Mshasha told the briefing.

“We’re looking at 90 million liters of untreated sewage that flows into the ocean every day because there is no electricity to treat it. Ninety percent of the drinking water is not fit for human consumption.”

The World Health Organization (WHO), a UN agency, warned last week that health services in the occupied Palestinian territory were on the brink of collapse among severe shortages in medicines and fuel for hospital generators.

Hamas militants continued firing volleys of rockets from the Gaza Strip on Tuesday, inspiring Israel to abandon an Egyptian-proposed truce it had unilaterally accepted earlier in the day.

“We are extremely worried as UNRWA that if the ceasefire being negotiated today does not succeed, then the much-talked about ground offensive might unfold and we might see an Israeli military incursion into Gaza,” Mshasha said when it was still unclear if the ceasefire would hold.

If there is a truce, the ICRC hopes for better access to the increasing numbers of casualties, spokeswoman Doumani said.

The ICRC is “documenting violations of international humanitarian law” in the conflict, she said.

UN human rights chief Navi Pillay on Friday voiced serious doubts that Israeli’s military operation against Gaza complied with international law banning the targeting of civilians, and called on both sides to respect the rules of war.