Allowing Turkey to deploy a Turkish ship off the coast of Gaza to serve as temporary power plant represents a goodwill gesture on the part of Israel.

Israel allowed Turkey to deploy a Turkish ship off the coast of Gaza to serve as temporary power plant, until the Gaza power plant, damaged during the summer’s war with Israel, is repaired, Palestinian Minister of Civil Affairs Hussein al-Sheikh said on Thursday according to Israel’s Ynetnews website. 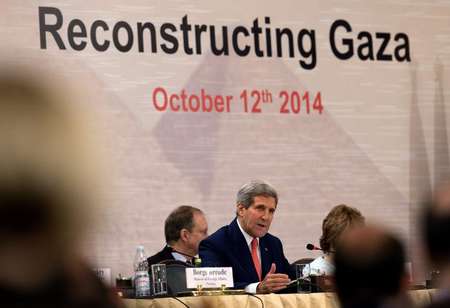 It is understood the move represents a goodwill gesture on the part of Israel.

In an interview with the Al-Quds newspaper, the Palestinian minister insisted that Israel had so far agreed in principle to the move, adding he hoped the announcement would indeed materialize.

Also Thursday, Moussa Abu Marzouk, a senior Hamas official in the Gaza Strip, said indirect talks between Israel and the Gaza-based Hamas militants are set to resume in late October.

Marzouk said that in the eventual agreement the issue of prisoner swap will “surely” figure, yet the two sides have no intention of discussing it in the upcoming round.

Another senior Hamas official in Gaza, Khalil Elahee, said that the talks should focus on the distribution of aid to residents of the Palestinian enclave and that the issue of prisoners should be raised at a separate meeting.

Hamas on a number of occasions said it refuses to return the bodies of the two Israeli soldiers killed in ground combat during the 50 day-long Operation Protective Edge, saying that this issue should be raised at another round of talks.

Later on Thursday, Palestinian and Israeli media reported that Israeli Defense Forces troops in the West Bank shot dead a 13-year-old Palestinian who apparently hurled rocks at the soldiers.

Military spokesperson said an investigation into the incident has been launched.

Senior Hamas officials on Wednesday expressed their anger at UN Secretary-General Ban Ki-moon, accusing him of hypocrisy over comments he made on his visit to Gaza and southern Israel this week. 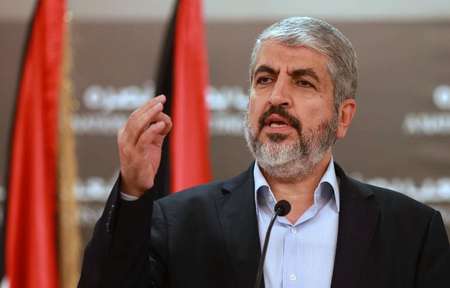 The head of the UN toured an underground tunnel dug by Hamas from Gaza to Israel, saying he “condemned time and time again Hamas’ rocket attacks and their use of tunnels. It is not acceptable. Nobody should live in constant fear and under the threat of rockets and tunnels.”

Senior Hamas official Mahmoud Zahar said that the “occupation’s arsenal and nuclear reactor are far more dangerous than the tunnel he was talking about,” the Jerusalem Post reported.

Hamas spokesman Sami Abu Zuhri accused Ban of “covering the Israeli massacres in Rafah,” demanding he take “responsibility towards the victims of the Israeli offensive.”

Ban addressed both the Israeli and Palestinian leaders at the end of his visit, saying that “the cycle of construction and destruction should be broken. I have urged both leaders to address the issues, sit together and resume peace talks. That is the only way both people will be able to enjoy peace, security and harmony.”

Ban was accompanied in Gaza by Palestinian Prime Minister Rami Hamdallah, the head of the Palestinian unity government. After meeting other members of the newly convened Palestinian government, Ban told reporters that the devastation he had seen was far worse than that caused in the previous Israel-Gaza conflict of winter 2008-2009.

“The destruction which I have seen while coming to here is beyond description. This is a much more serious destruction than what I saw in 2009.