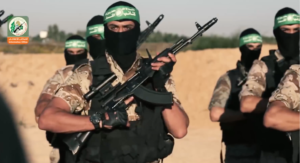 Speaking with Hamas newspaper Al-Risala, al-Qiw said Gaza has taught Israel and its allies a lesson about military and lone-wolf terror, and that the protest was aimed at the PA leadership, which has taken steps against Gaza.

The father of female terrorist Ahed Tamimi also condemned the PA organizations for their silence on the PA’s actions against Gaza, calling on them to act to protect Gazan residents from “criminal” punishments by the PA.

Hamas, which organizes the Gaza riots, has stated that one of their goals in rioting is to anger PA Arabs to act against the PA, in preparation for a Hamas takeover of both PA and PLO institutions.