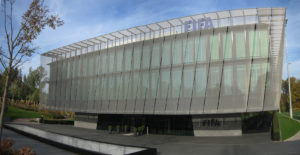 The court said its panel will hear the Palestine Football Association’s appeal on Nov. 27. A verdict is expected weeks later.

The court is an international, semi-judicial body established to settle disputes related to sports. As a Swiss arbitration organization, its decisions can be appealed to the Federal Supreme Court of Switzerland.

The court date was announced 10 days after FIFA President Gianni Infantino said his organization would not intervene after years of attempted mediation between the two member federations.

The Palestinians’ appeal followed Infantino’s steering the soccer body’s annual congress in May to delay debate on a FIFA-appointed task force’s report. It could have stopped Judea and Samaria-based clubs from playing in the Israeli League.

FIFA rules prohibit federations from holding games on another member’s territory without permission.