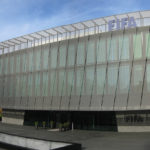 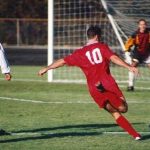 For refusing to rule against Israel, FIFA Congress came under attack by Palestinian football chief Jibril Rajoub, who told  delegates, ‘We are looking for full recognition of our right that no Israeli clubs play in our territory.’

The Palestinian Football Association on Thursday accused FIFA of succumbing to “political pressure” following its decision to postpone a ruling on the contentious issue of Israeli clubs playing in the West Bank.

“We are disappointed that FIFA has decided to allow political pressure to win over the FIFA statutes,” it says in a statement, after FIFA’s annual Congress voted to back — by a majority of 73 to 27 percent — a proposal that pushed football’s governing body to report by March 2018. Continue Reading »