Historic: Israel’s Artem Dolgopyat on top of podium with Olympic gold in Tokyo 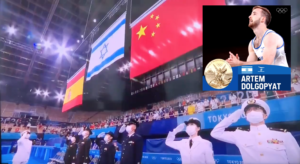 This is only the second Olympic gold medal in the Jewish state’s history. The first was scored by windsurfer Gal Friedman in the 2004 Athens Games.

With this, Israel has so far won three medals in Tokyo – a bronze in taekwondo and a bronze for the mixed team in judo.

Dolgopyat, a 24-year-old two-time world championship silver medalist, was widely touted at one of the Jewish state’s hopes for a medal in the Olympic Games.

President Isaac Herzog congratulated Dolgopyat, saying, “Artem, you are a champion! You have made history today. The State of Israel is proud of you!”

Prime Minister Naftali Bennett tweeted, “Congratulations to Artem Dolgopyat for winning the gold medal in the Tokyo Olympics. You have made blue-and-white history. Such excitement and pride for everyone in Israel.”

Culture and Sports Minister Hili Tropper said, “Artem made history in the gym! I’m full of appreciation for this young gymnast who has been working so hard for years and has marked an unprecedented achievement for Israel in this sport.”

Former Israeli Ambassador to the UN Danny Danon tweeted, “Israel has won an Olympic gold medal! Artistic gymnast Artem Dolgopyat delivered a perfect performance. He is an outstandingly talented athlete whose name will be remembered in history. Well done!” 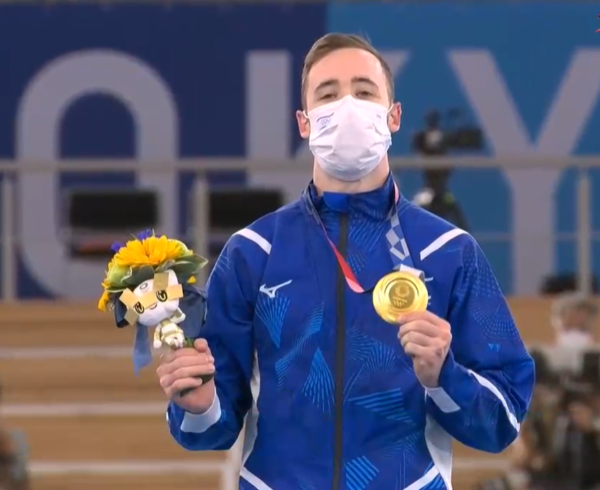