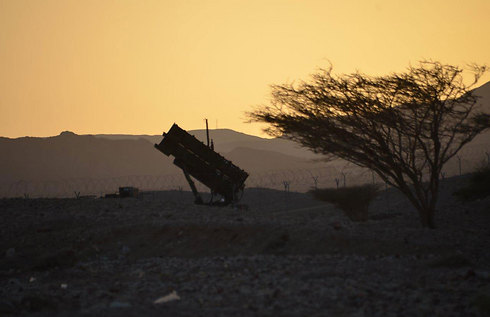 The new Patriot battery includes an advanced radar system; it is expected to provide a strategic response to ballistic missiles, enemy warplanes, and attack UAVs.

The battery’s interception program was upgraded in the last year and a half to allow the Patriot to quickly intercept simultaneous targets. The new radar array deployed by the battery will provide enhanced identification capabilities for a wide-range of suspicious locations and targets in the Sinai peninsula, Jordan, and the Red Sea.

The Patriot missile system, famous for its role in the first Gulf War, is one of the most advanced platforms for ballistic missile interception. The IDF said the decision to purchase the Patriot batteries was taken before Saddam Hussein’s invasion of Kuwait – nearly half a year before the first Gulf War.

Israel received the first missile batteries several months before the US invasion; after President George H.W. Bush’s administration decided to deploy its troops, it decided to supply additional batteries to Israel at a reduced price. 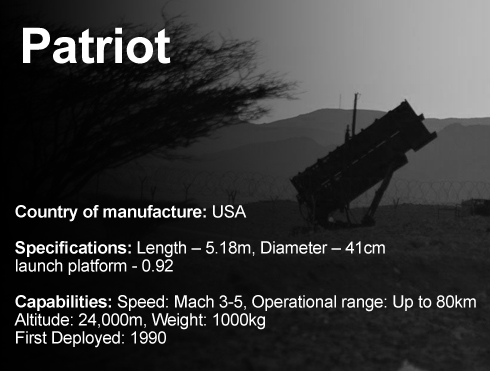 During the first Gulf War, which began in January of 1991, the Patriot batteries intercepted a number of Scud missiles launched towards Israel and Saudi Arabia from Iraq.

At the time, American Patriot batteries deployed to Germany were transferred to Israel and set up in Tel Aviv and Haifa.

In 2012 the missile interceptor platform was significantly upgraded with advanced cameras to assist the battery’s targeting systems.

The following year, in 2013, Israel received its first Patriot simulator. The advanced training module, stationed in the Academy for Air Defense is southern Israel, was established to allow for greater flexibility in training Patriot operators – who until then had to undergo their training in the US.

Yaron Druckman contributed to this report.