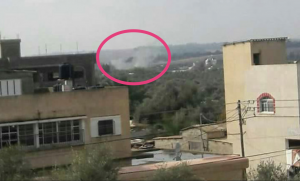 The IDF spokesman said that “the attacks were carried out in light of events that have been occurring over the last month. The IDF holds the Hamas terrorist organization solely responsible for what is happening in the Gaza Strip and will not tolerate any attempt to harm the security of Israel and its citizens, and will work to preserve quiet for both sides.”

This afternoon a southern Gaza Hamas position was engaged and destroyed by an IDF tank. The attack was in response to rocket fire a short time earlier against an IDF force working near the southern Gaza security fence.

Even earlier in the day, the IDF attacked another northern Gaza Hamas position with a tank. This attack came in response to rocket fire at the western Negev area. The rocket landed in an open area causing no injuries or damage.